“I was a very introverted, quiet kid. I didn’t laugh or talk much, that eventually made me seek comfort in watching comedy films”, says director Lee Byeong-Heon, with a shy grin on his face.

Unlike the bold, blunt jests he puts in his films – what he’s best known for – he’s speaking in a rather calm manner.

“I’m not a big fan of horror movies. Blood makes my body stiff and hurts (laughs).”

Lee’s reluctance towards splatter is enough to tell, humour is his secret weapon. And that hit the very spot in Korean box-office. 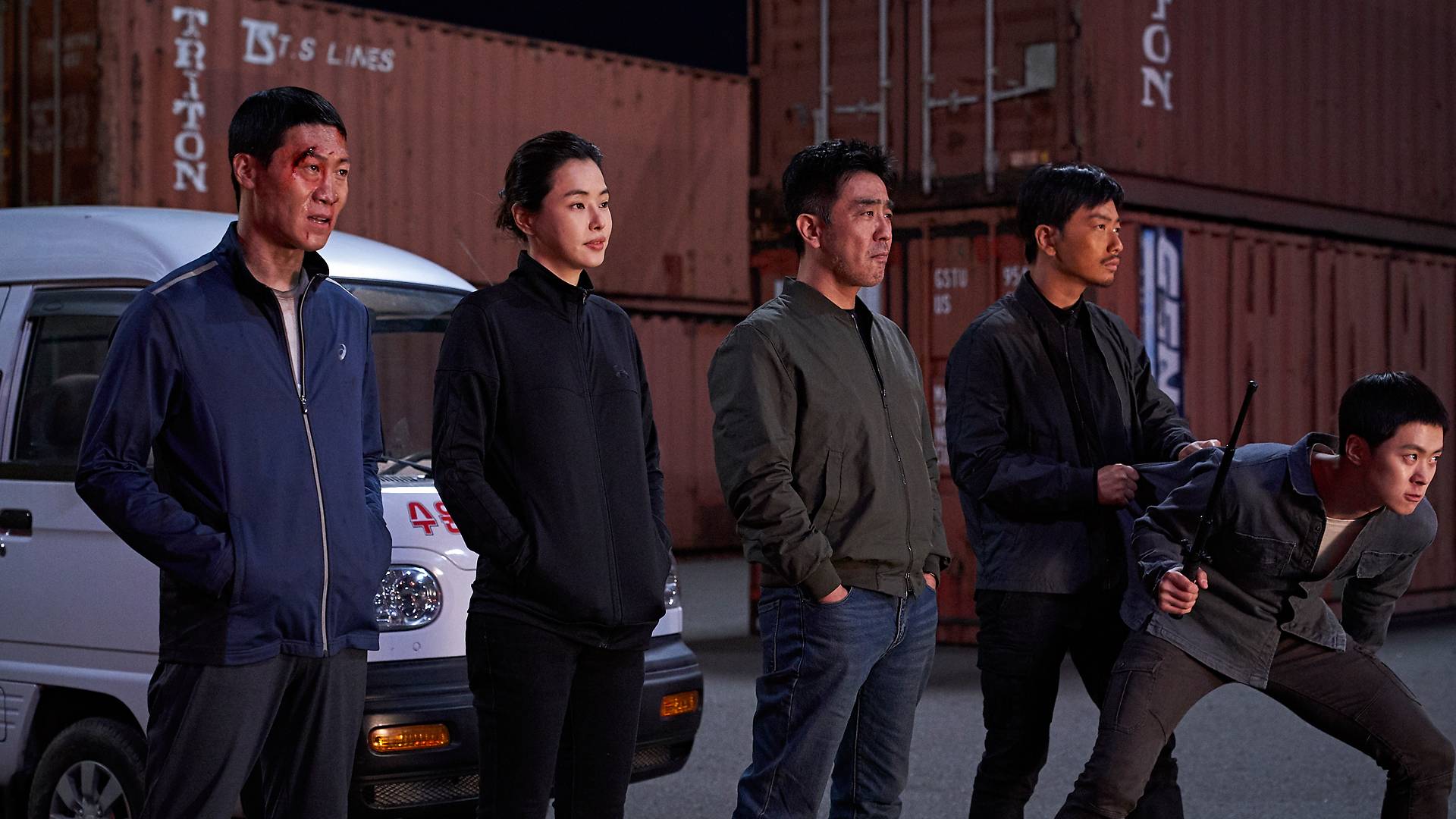 An action-comedy, tells the story of a detective team of five going undercover as fried chicken restaurateurs that happen to get overnight success. It was a massive hit amid 16 million people in South Korea.

Yet it isn’t surprising to see Lee with such success as his first commercial film, Twenty (2014), a coming-of-age comedy – a trio of twenty-year-old bafoons figuring out their identities and the future ahead – manifested his career. It was ringing a bell to the beginning of a new era in Korean comedy.

“Twenty is more about a year-long period of grace before they actually become the grown-ups between the age of 20 and 21. And the film was to show how they rebel against it since they’ve seen how scary things are out there.”

Lee made a visit to London for his first screening of Extreme Job in Europe, as part of the London Korean Film Festival 2019 (LKFF). After the international success of Parasite (2019) –  winning the top prize at the Cannes Film Festival – Korean cinema has been, once again, put under the spotlight.

“It is the 100th anniversary of South Korean cinema this year. I think that Cannes has given Korean cinema a great gift”, director Bong Jun Ho added after the awards.

In respect to what Bong said, the LKFF called attention to the century-long history of Korean cinema, by bringing in retrospective titles to British cinema, expanding the spectrum to the screenings that have never been introduced to the western public.

“I’ve never taken the western audience into consideration while I filmed. Well, Korean comedy hasn’t been making conspicuous success in the foreign market, which I think it’s due to linguistic, cultural barriers. And especially, the comedy genre is the toughest out of all to move beyond that.”

Yet, Lee’s belief in this matter seems ambivalent. His sceptical view in catering to a foreign audience has changed since he got to London.

“After seeing the western audience and student filmmakers who have shown interest in my work, I had to admit, I was wrong about that.”

Lee further adds, with this as a momentum, he will perhaps be influenced in his future doings, constantly pinching and rubbing his nose as if he’s trying not to show too much excitement. Though he couldn’t hide a faint gleam in his eyes. 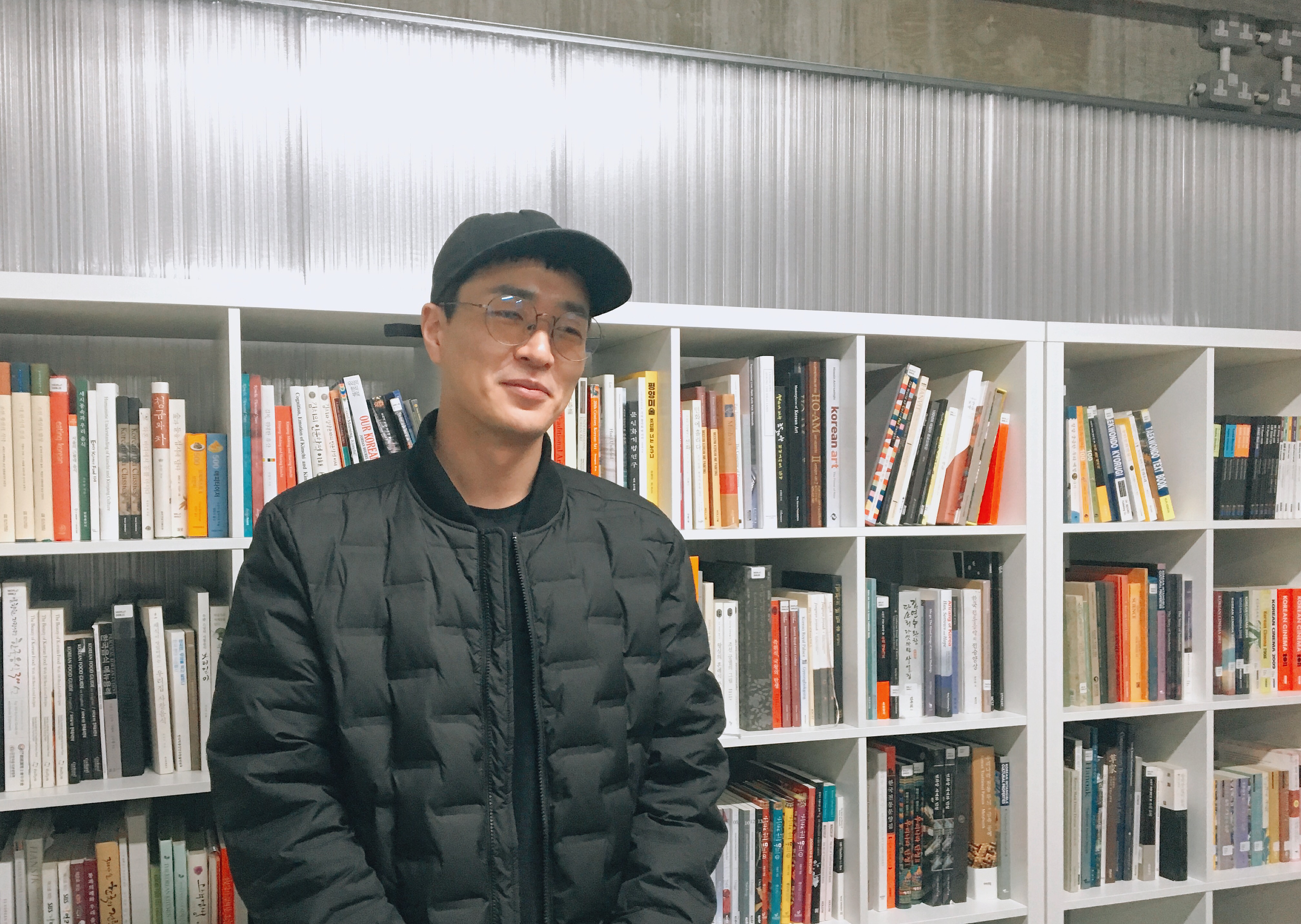 Comedy seems to establish its place as a key trend in terms of ticket-power – a Konglish word, meaning, one holds the power to boost ticket sales.

Not to mention Extreme Job, scoring second-best in the box-office, Parasite being a black comedy or Maggie (2018) being an independent, art-house comedy; both made a hit over a year, which entails an unusual tendency amongst Korean spectators.

When Lee is asked of Extreme Job’s record-breaking gain, his attention lays on something else.

“When I was told that Extreme Job made its way up to 16 million, at the back of my head, I felt something’s wrong. I mean, I was amazed by it, don’t get me wrong. But, the fact that so many people came to the cinema and watched my film, seemed like they were seeking a breakout. Similar to escapism.”

His concern is, the phenomenon -the comedy genre making immense hits in South Korea- is perhaps telling us, something deep inside the society is ‘rotting’.

Despite the general view in comedy that is a shallow, superficial – sexist, even – genre, his personal view on comedy is rather philosophical.

Starting off as an independent filmmaker, his career has been built upon the firm ground of mass production that occurred in comedy, between the late 1990s and early 2000s in Korea.

“As large capital had flowed into the market, numerous comedy movies were gushed out all at once. I happened to watch most of them since I grew up in such a cinematic habitat.”

Lee depicted it as a period of transition in Korean cinema – so-called, commercialisation.

“But, thanks to that, I’ve got an eye for spotting what’s authentic, when the market was flooded with pseudo-films.”

The director feels that he’s still being influenced by the movies from those times, often unconsciously shown throughout his films in the forms of hommage.

“I still see things I don’t recognise when I’m re-watching Extreme Job. Like, ‘oh, maybe I was influenced by this and that.’”

Lee’s voice subtly tones up as he goes deep into the primary inspiration of his filmmaking as though he’s gone back to the origin of his passion. His zest for comedy is imprinted on every word he shared.

What does ‘comedy’ mean to you? – probably, the most important question out of all, to him, specifically. He chuckles. Then, he begins with a more relaxed look on his face.

“I’m more interested in people and things going on around us than mainstream blockbusters. So, in order to give a narrative to such trivial, genuine stuff, I think, ‘laugh is a key’ to it.

When it comes to blockbusters, it’s mostly about explosions, buildings collapsing or a tsunami looming…but, to talk about people’s ordinary lives, there aren’t many visual materials to show. Then eventually, it’s all about ‘talks’ – tiki-taka* of words – which is why I’m so conscious about the use of words.

I like how time flies while I’m watching a comedy, with a care-free, laid-back air. And, because of that, I want to be good at it as much as I love it.”

What will be his next step?

He doesn’t share what his plan is, though ‘Extreme Job’ is to be remade by Kevin Hart, with Universal Pictures, to indulge Hollywood’s hunger for the fresh adaptation to the genre.

“I don’t own access to the production process, really. It all belongs to the distributors and production company.”

Lee makes his stance crystal-clear: he’s not going to be involved.

“All I wish to them is, recreating it in their own vibe, with much fun.”

After the director says this boldly, he bites his lips as dry as his answer is; he doesn’t seem thrilled. Perhaps he’s into creating his own worldview rather than seeing others re-adapting his movie – his next step remains vague, yet it’s sure that it will be something unconventional.

His most recent work, ‘Be Melodramatic (Melo is my nature)’ – a romantic TV comedy series aired on JTBC Channel – marked its end on 28 September.

Lee’s attempt to conquer TV production hasn’t made substantial success compared to Extreme Job; yet with his stylish wits, puns and ‘talks’, it built a strong fanbase of those in their 30s, establishing a new sub-genre, ‘Chat Blockbuster’.

Step by step, Lee is expanding his spectrum, from the cinema to television; pioneering a fashionable Korean comedy to embrace not just the Korean audience, but now the world.