An investigation led by Metro together with London Metropolitan University has discovered signs of faecal matter on touchscreens in eight different McDonald’s restaurants in London and Birmingham.

All of the tested displays showed signs of coliforms known as bacteria found in faeces. Besides a side of poop in your meal you can potentially get an infection as the sampled touchscreens also tested positive for potential deadly bacteria.

With thousands of customers storming everyday through the McDonald’s doors, there is no wonder that there is a harbour of bacteria under the Golden Arches. As it is definitely easier and faster to order and pay on a touchscreen rather than waiting in a queue and having a human encounter, many people don’t realise the consequences.

In an Interview for Metro, Dr Paul Matewele, senior lecturer in microbiology at London Metropolitan University, was surprised by the large amount of gut and faecal bacteria found on McDonald’s touchscreens: “These cause the kind of infections that people pick up in hospitals.”

Dr Matewele is especially concerned about finding staphylococcus on one of the touchscreens because of its contagious nature. The bacteria is known for causing blood poisoning and even the toxic shock syndrome. “It starts around people’s noses”, said Matawele. “If they touch their nose with their fingers and then transfer it to the touchscreen someone else will get it, and if they have an open cut which it gets into, then it can be dangerous.”

The bacteria klebsiella has also been found in three of the sampled restaurants including the Oxford Street branch. According to Dr Matewele, the bacteria is: “associated with urinary tract infections, septicaemia and diarrhoea with some species even resulting in pneumonia.’

Dr Matewele added: “Touchscreen technology is being used more and more in our daily lives but these results show people should not eat food straight after touching them, they are unhygienic and can spread disease.”

Unfortunately, tests by University of Arizona have shown that the average smartphone isn’t much safer to use either. According to the research, “mobile phone screens carry 10 times more bacteria than most toilet seats.” 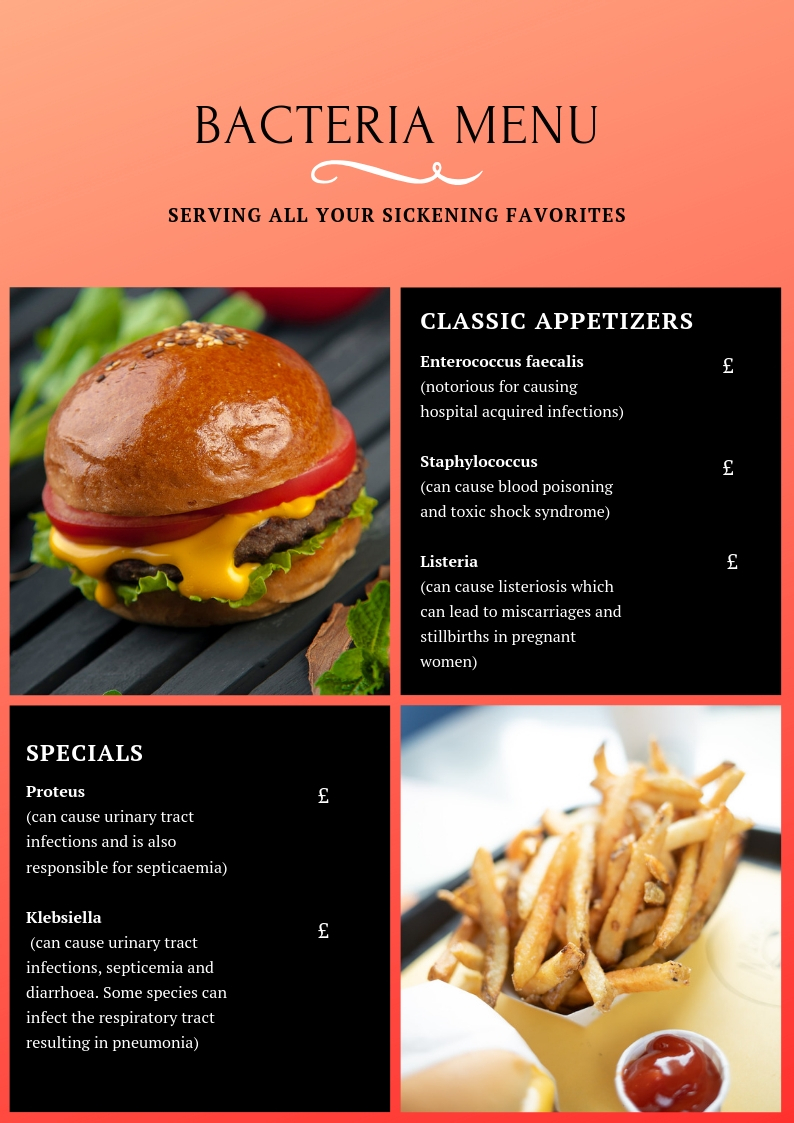 It seems like poop news will never not be entertaining as people have rushed on Twitter to joke about it.

If you don’t want to find yourself in a poopy situation, we suggest carrying a hand sanitiser everywhere or at least washing your hands every time you touch basically anything in public.