The exhibition in Goldsmiths CCA provides an opportunity to see a wide range of powerful artworks made by the US-based artist dating back to the 1980’s, alongside two new, custom-made films. Cokes’ films confront the social condition, as well as the specific prejudices and threats suffered by the African-American community. 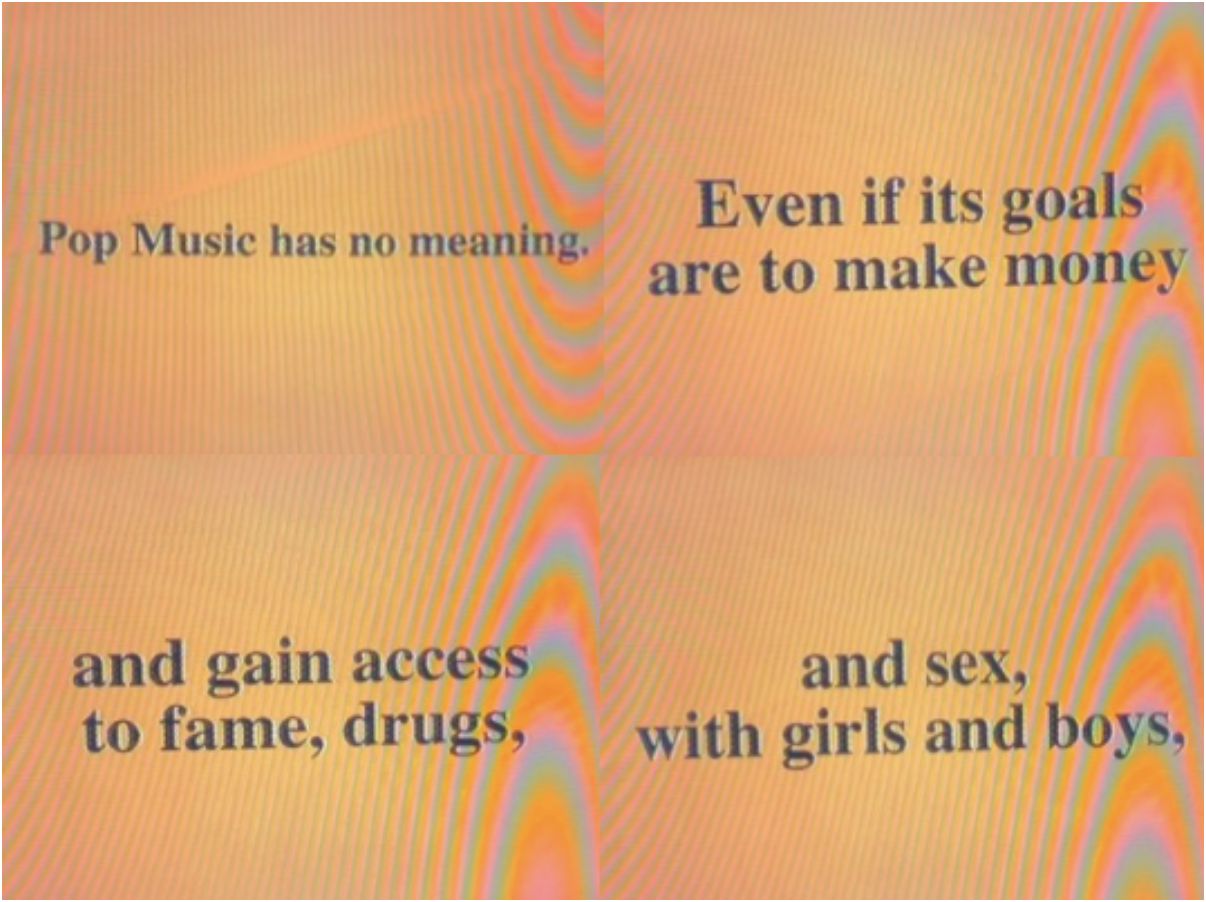 Cokes’ artwork is all digital and uses a wide range of different music – minimal techno, tracks by Britney Spears and David Gray are referred to as ‘The Disco’, weaponizing popular music to traumatise, and music used to torture detainees in Guantanamo and Abu Ghraib.

On the first floor, in three separate rooms, three different concepts are explored.

In the Bridget Riley Gallery, ‘The Queen is Dead: Fragment 2’, Aretha Franklin’s remixed vocals filled the room with thrill. Contrary to the joyful sound, the visuals sprung nostalgia. Whilst remembering her grace and elegance, a sighting of Barack Obama shedding a tear was brought up. 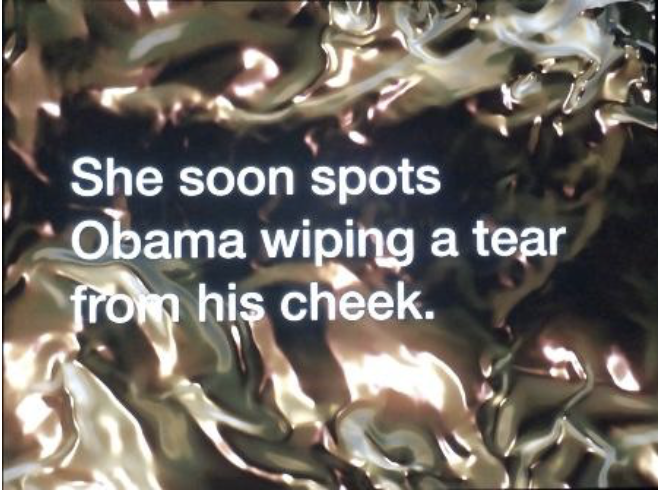 ‘Mikrohaus, or the black atlantic? in the Daskalopoulos Gallery explores the origin of minimal techno, uncovering its roots in Afro-American musical traditions such as soul and Chicago house.

One of the most captivating parts of the entire exhibition has to be in the Candida & Zak Gertler Gallery, where Cokes presents one of his newest works. Testament A: MF FKA K-P X KE RIP (2019) is most impactful in terms of the feelings that it provokes in the audience.

The hypnotising effect of the trance music combined with the intensely bright colours on the screen contrast the important matters explored. His inspiration for this work comes from Kodwo Eshun’s Mark Fisher Memorial Lecture, which mentions ‘Black feminist Poethicists’, the concept of ‘blackness’, and Kanye West’s and Drake’s take on real happiness in 21st century. 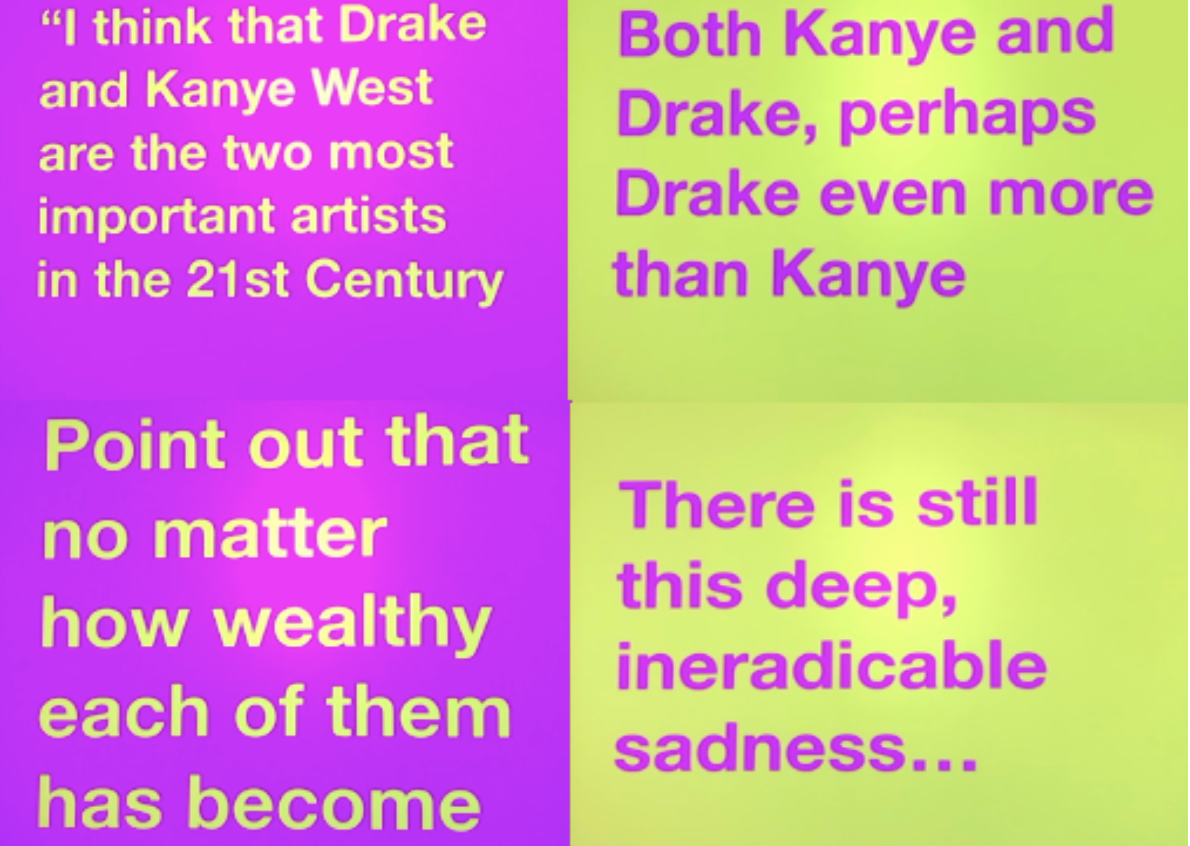 The last segment of the exhibition features different stations at the basement floor, where numerous retro-style TV’s show different short films which explore different social and cultural issues in society. 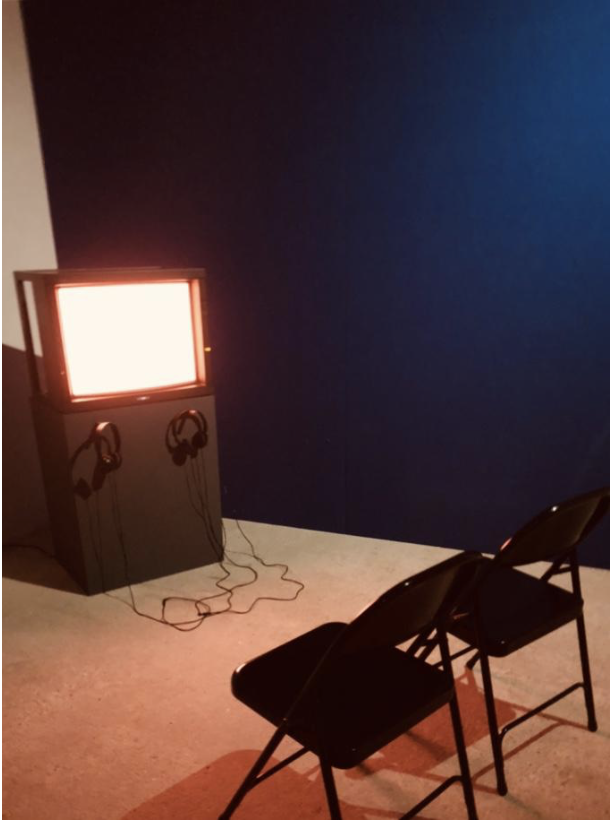 The exhibition continues until 19th January 2020