Just like every big city, London has a number of different transportations services. Wether it is an every day trip or a spacial occasion, the Transport for London service has it all. Although, if there is one form of transport that represent London like nothing else, it is the traditional black cabs.

Changing and evolving with time they have been around for generations. However, as it became undeniably clear during the time of pandemic even the thing we thought were timeless can reach their unfortunate downfall.

With more and more roads being closed in order to motivate citizens of London to walk and cycle more during the spreading pandemic it became harder for cab drivers to not only get passengers, but move around the city in general.

Since June, one in five black cabs has been taken off the road due to the lack of passengers and only 20% of drivers still have their vehicles in London according to the The Licensed Taxi Drivers’ Association.

With the passengers disappearing from the streets and mostly using other methods of car transportation, like Uber or other private transportation companies, black cab rental services are forced to take out empty fields and yards to store the cabs that are not currently in use.

This is the lowest number of cabs recorded in the recent years. 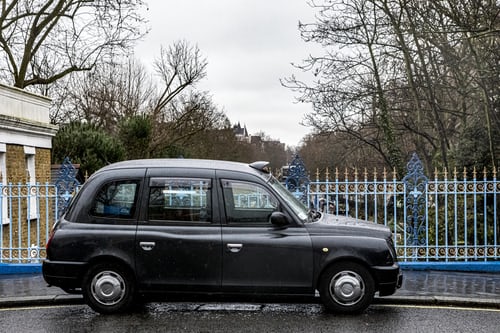 Despite the rising amount of private hire transports and their success, it is the worldwide pandemic and the lockdowns initiated to prevent it’s spread that served as the last nail in the coffin of the black cab service.

With the empty cab being stored in fields, looking more like a graveyard than a temporary parking space, some drivers are taking even more drastic measures to ensure any kind of profit.

Several drivers are selling their vehicle below market value just to get by.

Many drivers have received low or no profit at all since the pandemic hit the capital.

The LTDA, an organisation dedicated to provide legal, financial and any other support and protection to the licensed cab drivers is urging the government to provide legal support to the drivers and the vehicle companies to ensure the black cab service will survive these uneasy times.

They urge the officials to clear the roads allowing cabs to move around freely around the city and provide more promotion for the cabs as an easy way to travel for those unable to walk or cycle.

However, there has been no government response issued on the subject and no additional support given yet.

The future of the black cabs in London is still unclear and the question remains, will the black cab service survive this pandemic and be able to get back on it’s feet months after its initial downfall.