Sir Ian Murray McKellen, perhaps best known for his major role in the trilogy Lord of the Rings, is raising money and taking donations to support theatres.

The English actor is appearing on stage at the Harold Pinter Theatre in London every week from Tuesday to Saturday at 19:30 and every Sunday at 15:00 until 5th January 2020. 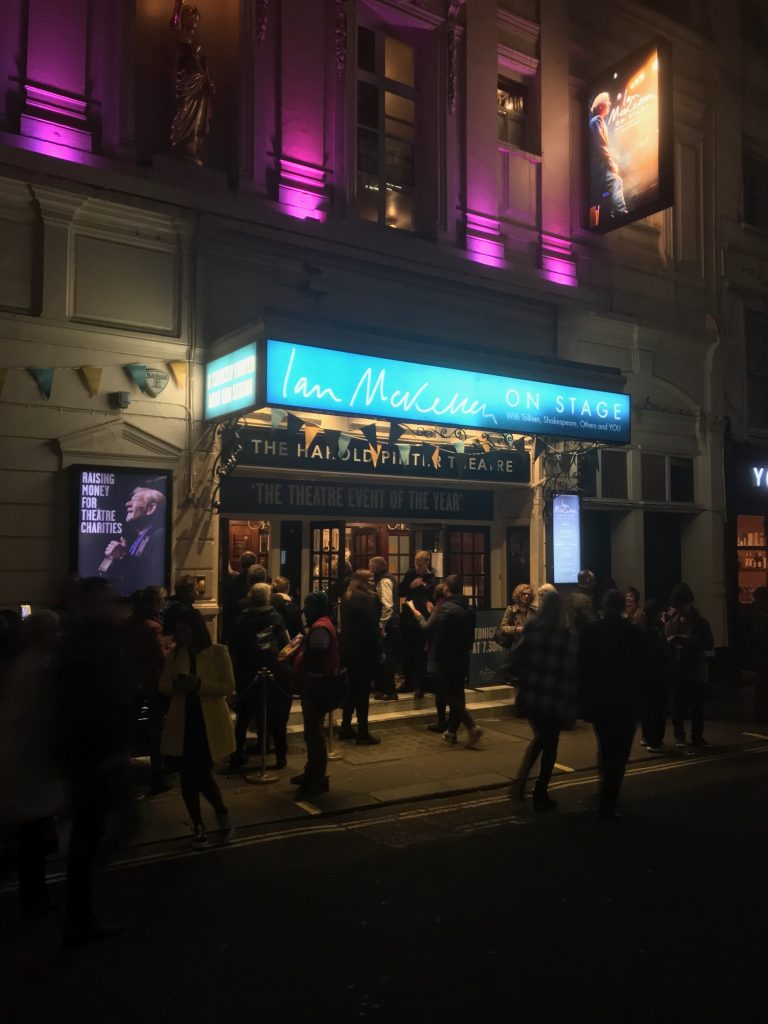 Earlier this year, McKellen made an announcement on Twitter about raising funds for theatre charities and extending his 80th birthday by bringing his brand new solo show called Ian McKellen On Stage to theatres in the UK.

I’ll soon be back in London, extending my 80th birthday tour with a limited season in the West End, raising funds for theatre charities. For each performance at the Harold Pinter Theatre there will be 80 tickets at just £10. Tickets at https://t.co/BKocK3mplT pic.twitter.com/XSAKIkUbFU

Ticket prices vary from £10 to £130 depending on seat selection. Every show is selling approximately 80 tickets for £10, while the most expensive ticket not only allows people to sit on the closest rows to the stage, but also includes a glass of champagne, a box of chocolates, a container of luxury ice cream and a charitable donation of £5. The cheapest ticket does not include a seat – but, instead, includes a standing position on the balcony.

This is not the first time that the public – especially younger people – can see the English actor for such a low price. Last year, McKellen was a part of the Chichester Festival Prologue and people aged 16-25 also had the opportunity to see him live.

There are yellow charity buckets at the exit of the Harold Pinter Theatre and every person who wishes to make an additional donation can do so after seeing the performance.