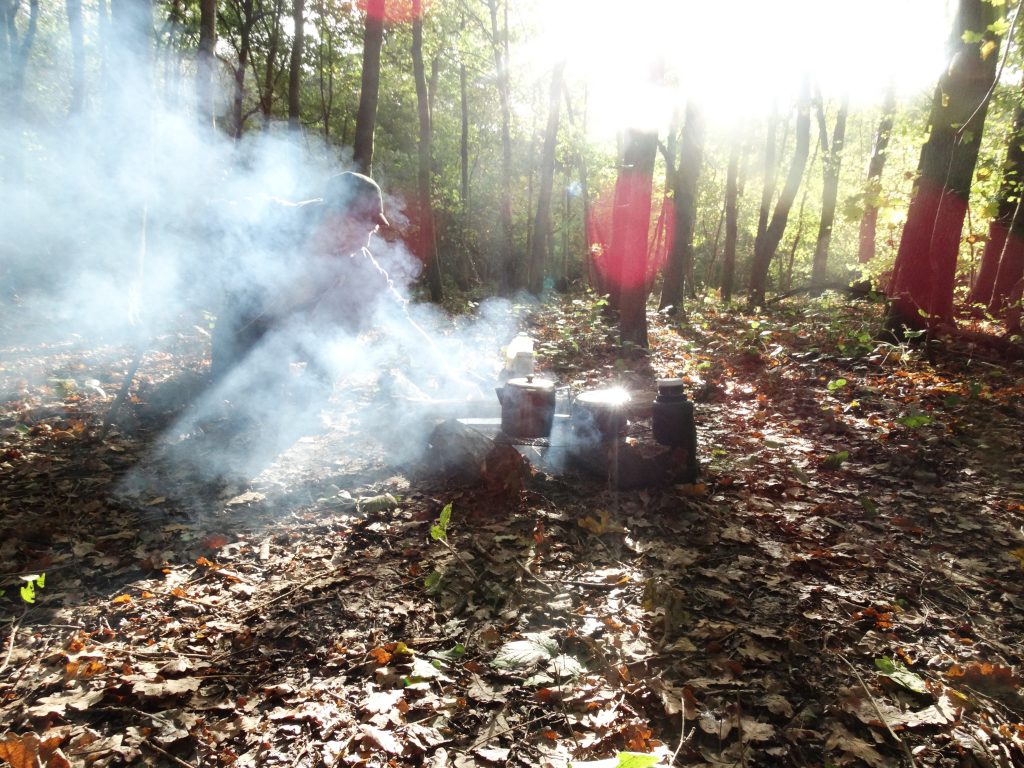 Living in London can be wild. The nightlife is buzzing with scenes to suit everybody. There’s plenty of entertainment, art and cultural events to inspire the creativity within. It’s also one of the loneliest, most expensive and saddest parts of the world to live in when you’re over-worked, tired and broke.

Could getting out of London for a few days to explore the natural world help boost your mental wellbeing?

Apparently, yes. With hurricane Brian approaching, I went into Tunbridge wells woods (yes this is the one where the big sex party happened), but we weren’t there for any of that of course, just good old-fashioned fun. We  learnt how to make shelters, build animal traps and make fire out of friction away from our normal life of ATM’s, technology, Tesco’s or any other supermarkets, electricity, and yes…. No Wifi *shock horror.*

But it turns out there is stuff to do without any of the usually distractions. We came together as a group and learnt how to make animal traps, carve wood, make frictional fires and shot targets with bow and arrows.

Watch me try and make fire with a bow drill and fail. Some of us had more success, but this was harder than it looked. This is the prehistoric method of making a fire:

Listen to some of my weekend in the wild with survivalist instructor Yara Ghrewati from Wild Eye Adventures. She tells me why nature can have a big boost on your mental health and wellbeing:

A study by the University of Essex that tracked participants over a 12 week period reported that 95% of participants were said to have felt a drastic increase in their overall wellbeing after taking part in outdoor nature projects ran by the Wildlife Trust. Gardening, carpentry and conservation work were all activities that were involved in the projects.

Some reported improvement at just six weeks into the study. Attendance amongst these people with a low sense of well-being showed the most drastic improvement. Some people that took part in the study were recommended to get involved by their GPs. 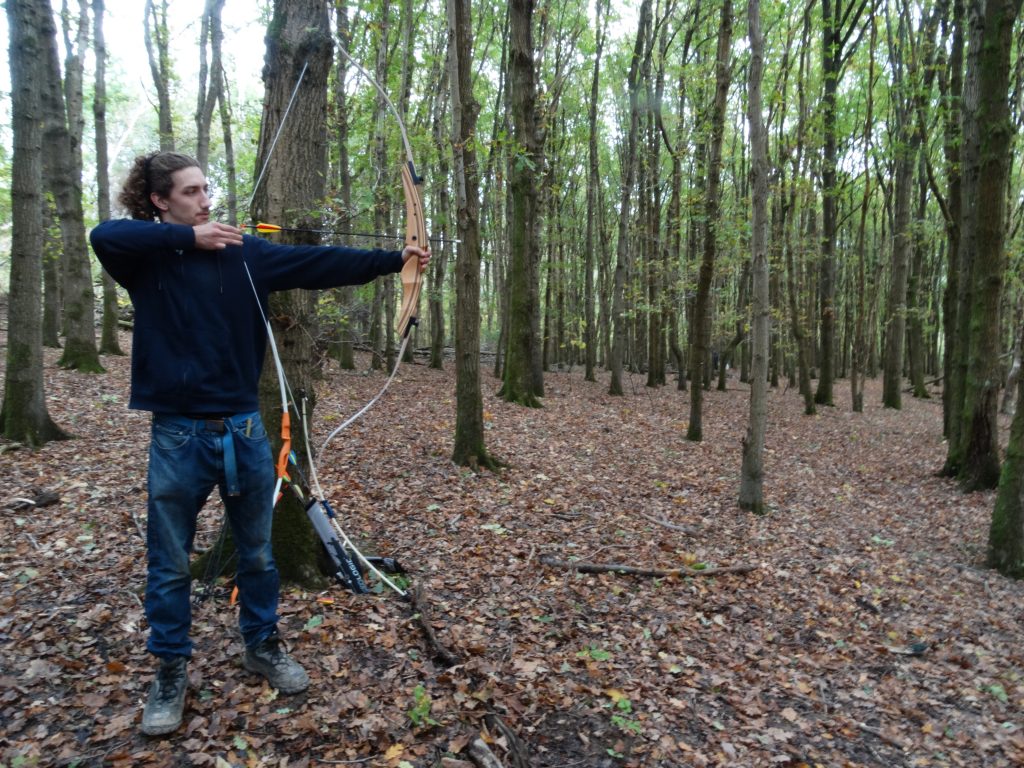 Yet many of Britains green spaces are being lost every year due to development plants, whilst parks remain poorly serviced and under-funded. Decision makers place little priority on these spaces, despite a government assessment in 2011, which indicated that the health benefits of green spaces could save the economy 30 billion a year.

A recent threat to UK’s ancient woodlands is the HRS2 railway line. Read more about the clean air fight in London here.

Overall satisfaction with mental health has steadily been declining in the UK, according to Office for National Statistics (ONS). Those living in the city are more likely to suffer from stress related mental illness.

Yet nature based therapy is very seldom relied on by the NHS, who are most likely to give those suffering from pharmaceutical drugs or provide cognitive behavioral therapy. But most patients are said to return having felt little difference.

Team work is key. Collecting wood to keep the fire burning and everyone at the camp toasty. Image by: Yasmin Dahnoun

Last year the NHS prescribed a record number of anti-depressants, 64.7m pills were dispensed within the year – according to NHS Digital. The NHS says on their website:

“Most people benefit from taking antidepressants to some degree, but research suggests antidepressants may not be as effective as previously thought in cases of mild depression.”

Supporters of nature therapy believe that health practitioners could provide nature-therapy as an alternative treatment to simply taking pills. This could ease the burden on the NHS, since alternative therapy will be a cost-effective method.

A report released this money shows that as many as 300,000 people every year will lose their work due to poor mental health issues. These findings were conducted by a Thriving At Work Report as part of a government scheme to get a clearer idea about how many people within the work place will be effected by mental health issues. Such a high amount of people losing their job every-year will cost the economy around £33 billion and £42 billion a year.

Japanese practice of forest bathing has been proven to help you improve your overall well-being. The health benefits can lower heart rate, blood pressure as well as lower street hormone production and boost the immune system. It’s no surprise the the practice became part of Japan’s national health programme in 1982. 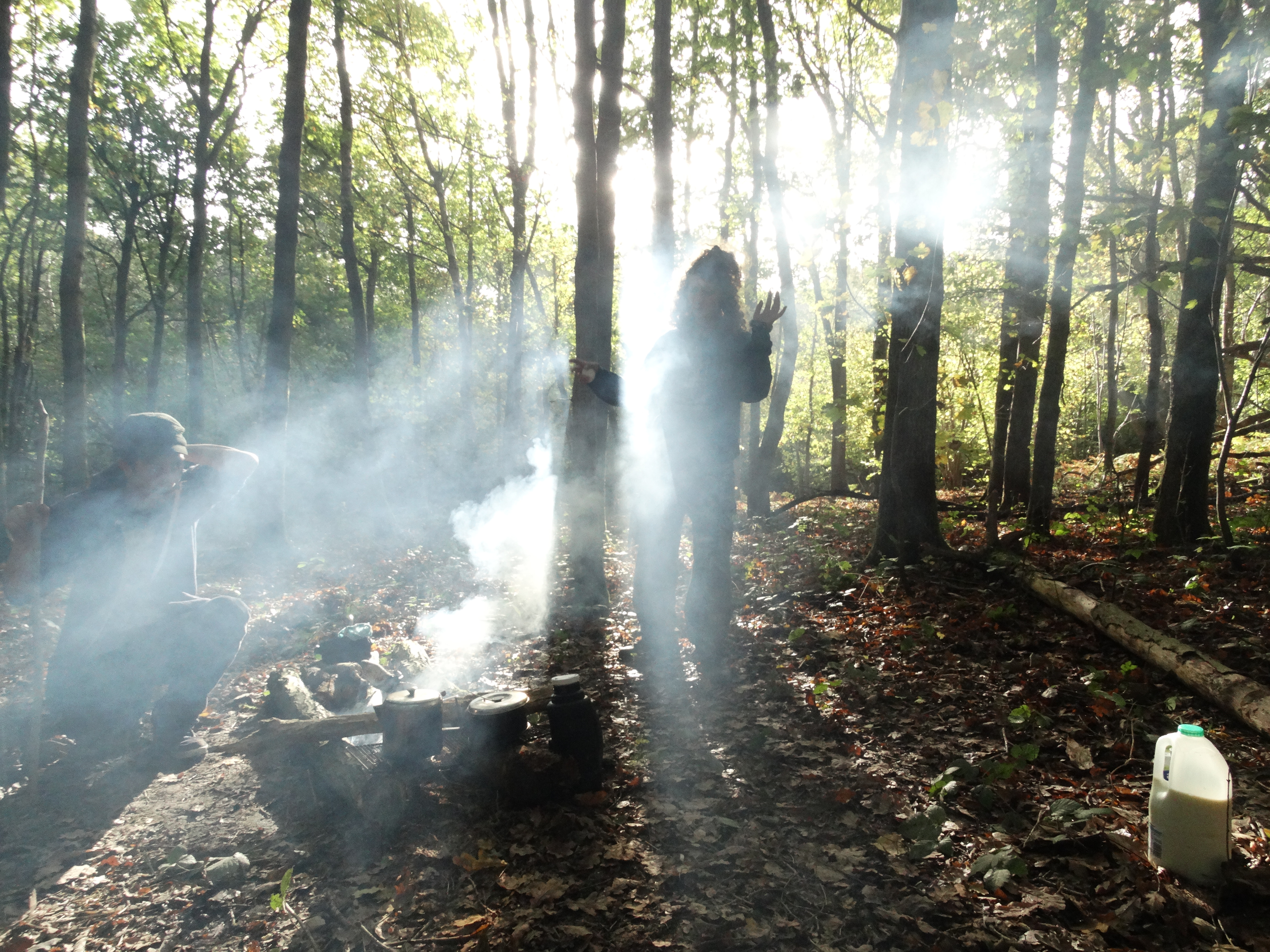 Londoners, don’t breathe too deep: The fight for a clean air is far from over