The charity organisation CPRE (the countryside charity London) is campaigning for the conversion of parking spaces into parks and green spaces. They claim that green spaces are a rare commodity in the city and are needed more urgently than parking space.

“In some parts of London as few as 30% of households have a car yet all the streets are car parks. Cars parked on-street take up over 1,400 hectares of space, equivalent to 10 Hyde Parks in size” Alice Roberts of CPRE states in a press release.

According to her, transforming the parking spots into a park would be a better use, as London has too little green space for its nine million inhabitants. 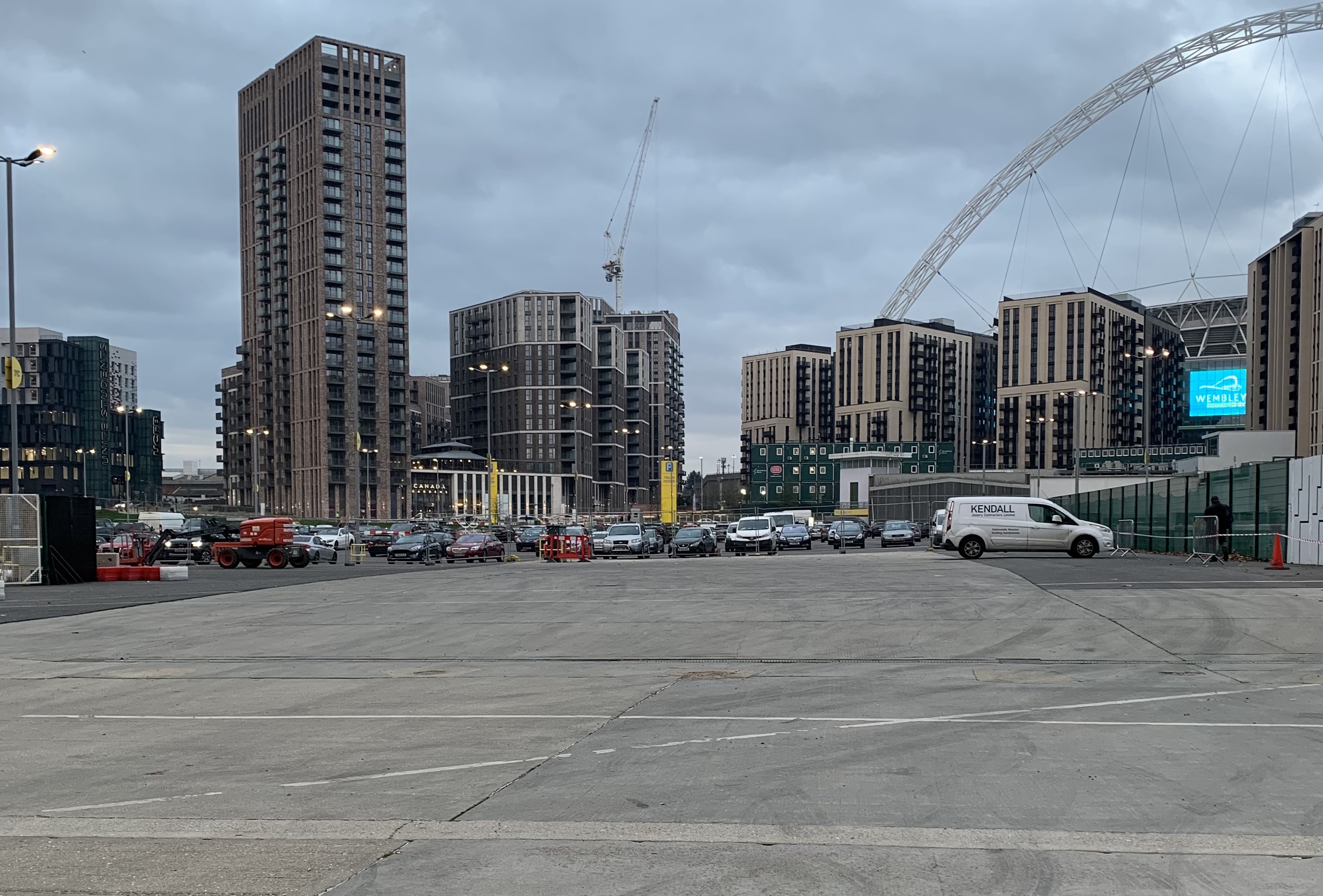 Turning Wembley parking lots into green space is what the charity wants. Photo by: Lara Bonczek

“It’s a shocking situation and it’s time to turn our grey space green. Boroughs can identify areas with low car ownership which are often deprived areas with lots of people living in flats. These can be matched up with parts of the borough which lack green space”, she explained in the press release.

Another idea from the charity is to turn the parking into cycle lanes, larger pathways or space for trees. In large cities like London, space is a precious good. Instead of wasting it for parking, the local councils can build flats.

It is also hoped that fewer parking spaces will make pedestrian zones more attractive. In order to support their project, people should contact their council to come up with an idea how to use parking spots in a better way.

Certainly, in pandemic times, people discovered the values of parks. During lockdown when everything was closed, it was a good opportunity to get out of the house, take a walk or do exercise.

Another consequence of lockdown was that the parks were crowded and it turned out that London needed more space. According to “Key London Figures” only 5,83% 0f London’s space are parks and gardens. Also, when London goes back to Tier 2 the situation will not get better.

According to the rules, people from different households are not allowed to meet inside. Consequently, there is only the parks and outdoor spaces left to meet.

What do young Londoners think about this idea?

Ghila Evansky told Voice of London that more green space would nice but she thinks “we absolutely don’t need it”.

Monika Groening, journalism student from Germany thinks critically about the reshape of parking spots. “We need a lot of parking spots. Not everybody is going by public transport. For concerts and sport events people from outside London might come and they’ll need the space.”

Eleonora Fontaneto is currently living in Wembley. “More green space and parks would be very nice. Especially in the summer”, she says. Furthermore she adds, that this would be very good for the environment.

If you want to learn more about the project of the charity than click on the link below and read the press release: https://www.cprelondon.org.uk/news/london-has-only-half-the-green-space-it-needs-for-a-population-its-size/