A Covid-19 vaccine produced by Pfizer/BioTech is now on British soil and NHS workers will start administering injections from Tuesday 8 December. Who will be the first to have it and how does it work?

NHS workers were said to be at the front of the queue, but have now been moved further down the list so care home staff, residents, hospital inpatients and outpatients aged over 80 can be immunised, Evening Standard reports.

Whilst the vaccine is to be rolled out as soon as next week, Heidi Larson, the director of the London-based Vaccine Confidence Project (VCP) said: “I don’t think it is in the interest of the government to be racing along without building the ground,” adding that the announcements “are made more politically.

She then added that the UK has approval for emergency use of the vaccine but there is a need for more regulation before mass immunisation is possible.

“Hearing [communities], engaging with them and building that ground before vaccines are widely given. If we don’t do that it risks being a problem.”

Responding to the question of whether the vaccination will be mandatory, Larson told The Guardian she could not see this approach taken by the government. However, some proof of vaccination may be required for travelling to some places.

So who can have a jab first? 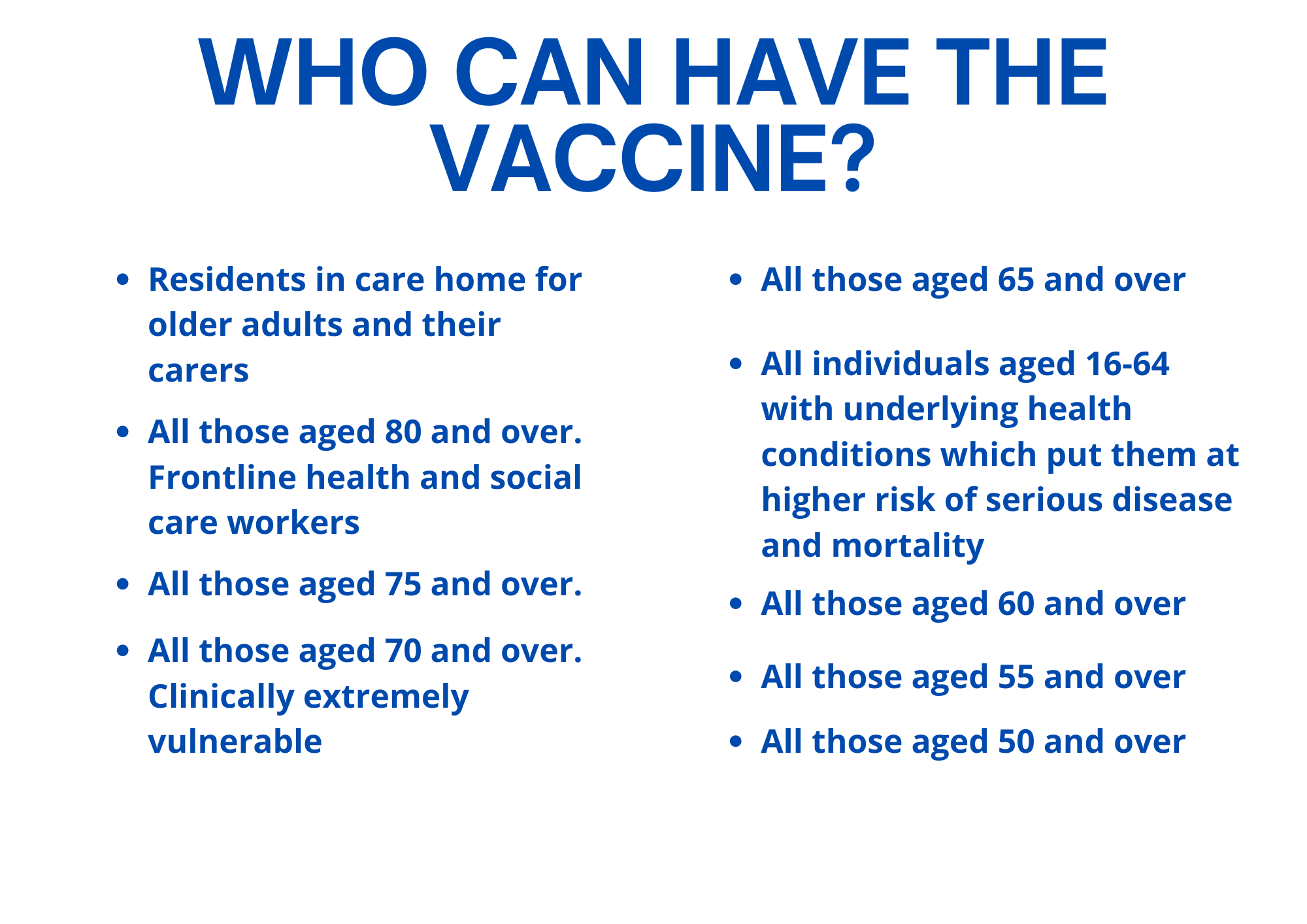 Two groups will not receive a vaccine as there is no data on its safety: pregnant women and children under 16.

The Joint Committee on Vaccination and Immunisation (JCVI) released a statement explaining: “Women should be advised not to come forward for vaccination if they may be pregnant or are planning a pregnancy within three months of the first dose.”

Children under 16 will not need the vaccine. Should they contract the virus, they will have “asymptomatic infection or mild disease” stated the JCVI, adding that it will, of course, be available for “those children at very high risk of exposure and serious outcomes.”

How does the vaccine work?

Studies on the Pfizer’s vaccine, the first inoculation to be used, have shown that it is 95% effective and works across all age groups.

The British Government has secured 40 million doses of the vaccine with 800,000 in the first batch received. Ten million doses are expected in the UK, SkyNews reports.

For full effect, patients will need to receive two doses of the vaccine, with partial protection 12 days after the first injection. Sir Munir Pirmohamed said that people who received both doses would become completely immune seven days after the final injection. 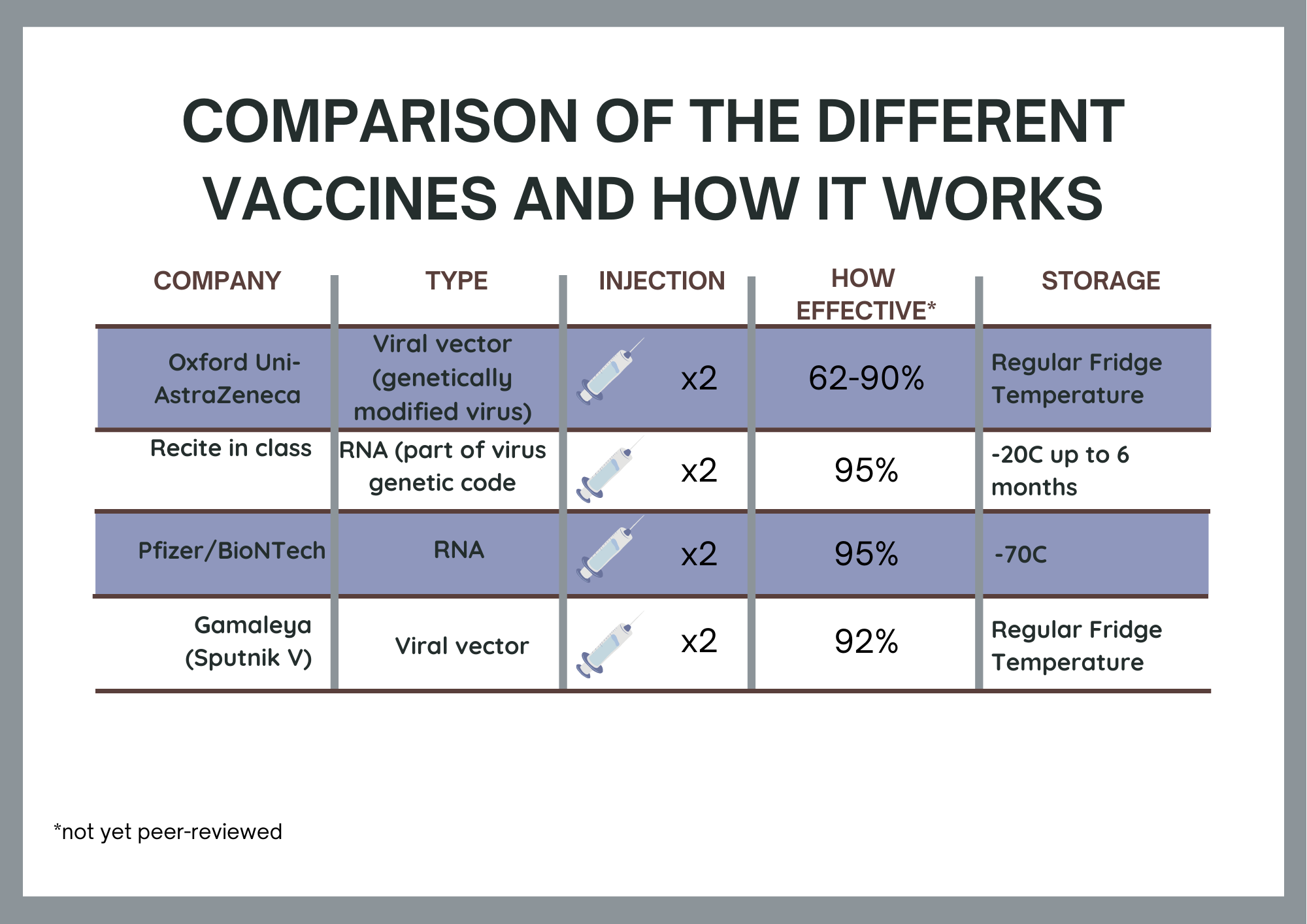 But what is in the vaccine?

Different vaccines are becoming available, depending on who is developing it.

Pfizer/BioNTech and Moderna’s vaccines use mRNA vaccines which are bits of genetic code that cause an immune response.

Vaccines sometimes contain other ingredients that help the vaccine stabilise and increase effectiveness such as aluminium and proteins from the virus.

Those vaccines do not alter human cells – they help the body build immunity to Covid-19, BBC reports.

Will I experience after-effects after being vaccinated?

Allergic reactions to vaccination are rare – however, some people do suffer mild symptoms after being vaccinated such as sore muscles and a temperature.

Jabs do not give you a disease, but they teach your immune system how to recognise and fight the infection they have been developed and designed to protect against.

While the after-effects may feel like similar symptoms, this is not the disease itself, but the body’s response to the vaccine, BBC reports.