The deaths of Sarah Everard and Sabina Nessa have highlighted the desperate need for change within women’s safety. The outpouring shock has the nation wondering what is going on.

Social media posts have increasingly included women sharing their own experiences of sexual harassment and violence, many discussing the measures women regularly go to in order to feel safe – from clutching their keys in their hand to pretending to be on the phone. 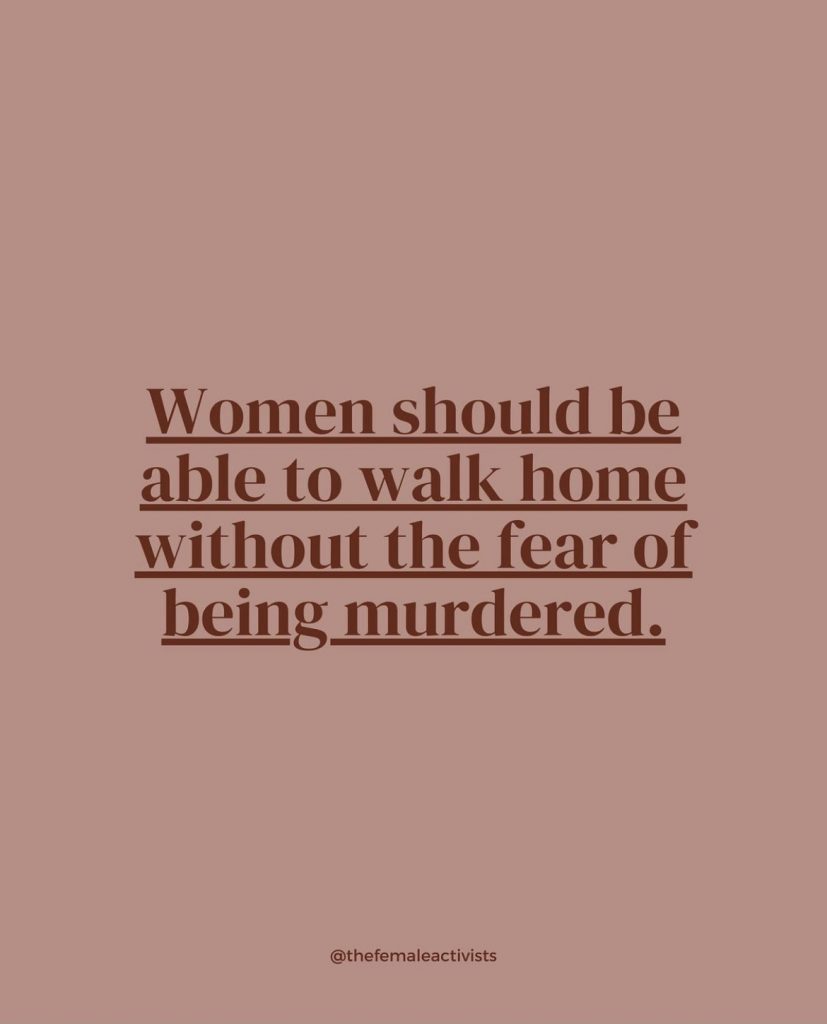 Many women have called out, or ‘cancelled’, their attacker on social media, which leaves many fearing whether they will be next, not because they have harmed anyone but rather have not called it out or stopped it.

More men are starting to reflect on the role they play in the problem and how they can tackle it. All men, even those who are not perpetrating violence or harm, have a responsibility to help it end.

So, you want to be an ally but you don’t know how. After asking a group of women how men can help them feel safer, we created a list on how to help:

When walking behind a girl during the day and at night, the closer you are the more threatened she feels. Keep a good amount of distance between you and her or walk ahead of her.

If you're walking behind a woman, even at a distance, and it's dark, cross over to the other side of the road and walk there instead.

I've had men do this a couple of times and it's like a huge weight lifted.

2. Don’t run up from behind

Whether you’re running to meet a friend or running as a workout, when women feel someone run up close to them from behind it can be frightening. When you see you’re about to pass a women, cross the road or leave space when passing her.

The ‘text me when you’re home’ messages, aren’t enough. What you may consider a safe journey, might not be a safe journey to her. Don’t judge girls or tell them they’re being dramatic if they ask you to walk them somewhere.

4. Keep your hands to yourself

This may seem like common sense, but a lot of guys can’t keep their hands to themselves. They touch a woman’s lower back when passing them in a crowded space. Please, don’t do that. There is no reason to touch someone if she hasn’t allowed you to.

5. Be an active bystander

If you notice a woman is uncomfortable with someone’s behaviour or is being harassed, be an active bystander – don’t turn a blind eye to it. Ask her if she is ok, stay with her until harasser is gone, don’t allow it to continue.

6. Keep comments to yourself

What might be an ‘innocent’ comment or even flattery, can be terrifying to lone women and girls. Walking up to a women and giving her a genuine compliment is one thing, shouting it across the street or cat calling is another.

A lot of guys do it on daily basis. Being stared at by a guy when you’re by yourself is very uncomfortable. If you don’t know where to look while you’re on the tube, just read one of the ads and show her you’re not a threat.

These points don’t only apply at night. Women feel unsafe during all hours of the day, and what may seem like small changes can help women feel safer as they go about their lives.

You can read a thread which is full of useful suggestions – here.