Early this morning, Sunday 8 November 2020, Joe Biden gave his first speech to the world as 46th President-elect of the United States, joined by his Vice President-elect Kamala Harris.

The speech came just hours after his win was officially called, after a gruelling five-day wait for an outcome.

Crowds went wild as a masked Biden jogged into view with a spring in his step, before taking to the stage to greet his fellow Americans (and the rest of the world).

Opening the speech so many Americans had been longing to hear, he said:

“The people of this nation have spoken. They have delivered us a clear victory. A convincing victory. A victory for we the people,”

Commenting on the record-breaking number of votes that were cast in the election he, like the Vice President-elect, gave thanks to the people who came out to vote, and for the confidence that the nation had placed in him.

Ensuring to outline some of his plans for his presidency, he claimed he aims to “rebuild the backbone of this nation”. With his initial goals including:

Given the current state of the world, Biden made clear that the latter plan was of utmost importance.

The President-elect then vowed to the people to be a president “who seeks to unify a nation, who doesn’t see red states and blue states, only the United States.”

He claimed: “We have to stop treating our opponents like enemies… they are Americans. I will govern as an American president; I will work as hard for those who didn’t vote for me as those who did.”

As his speech drew to an end Biden paid tributes to his late son Beau, as well as those who have lost loved ones to COVID, before thanking his family, friends, and all of his supporters. 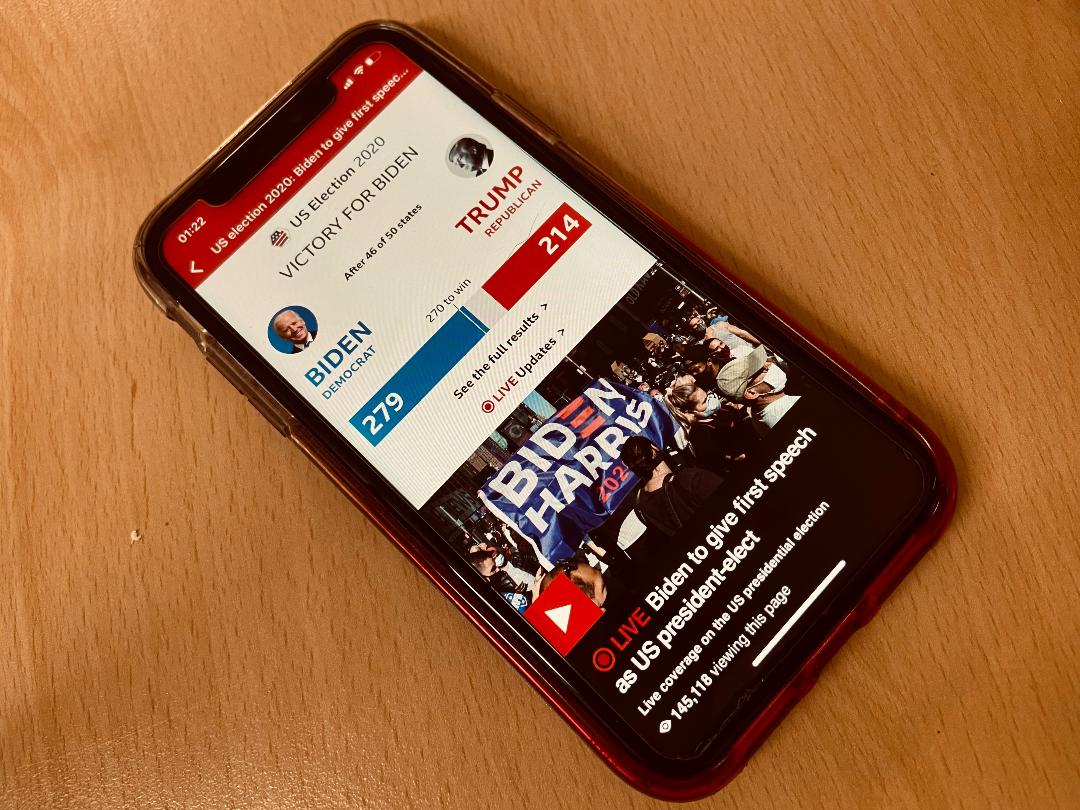 The President-elect was preceded by his soon to be vice president, Kamala Harris who addressed the nation.

Making history as the first female Vice President of the United States, Harris began her speech with a quote from the late Congressman John Lewis:

“Democracy is not a state. It is an act.”

Followed with her own take, as she proclaimed:

“America’s democracy is not guaranteed. It is only as strong as our willingness to fight for it. To guard it, and never take it for granted.”

“Protecting democracy takes struggle. It takes sacrifice. But there is joy in it.”

The California born former attorney also paid thanks to the women who have fought to allow her to take this position.

“Tonight, I reflect on their struggle, their determination and the strength of their vision.” She said.

While she told women and girls around the world to, “dream with ambition. Lead with conviction. And see yourselves in a way that others may not simply because they have not seen it before”

Ending her short, but ever-inspiring speech, she thanked those working tirelessly to count votes and make the election possible, before handing the world over to the president-elect Biden.

Immediately following the pair’s speeches, the Democrat win was celebrated with music and a display of fireworks. Signifying once and for all, a hopeful air of change for the United States.