From rocking about a retro launderette to holding flashy lift: an afternoon with new indie duo The New Coast. 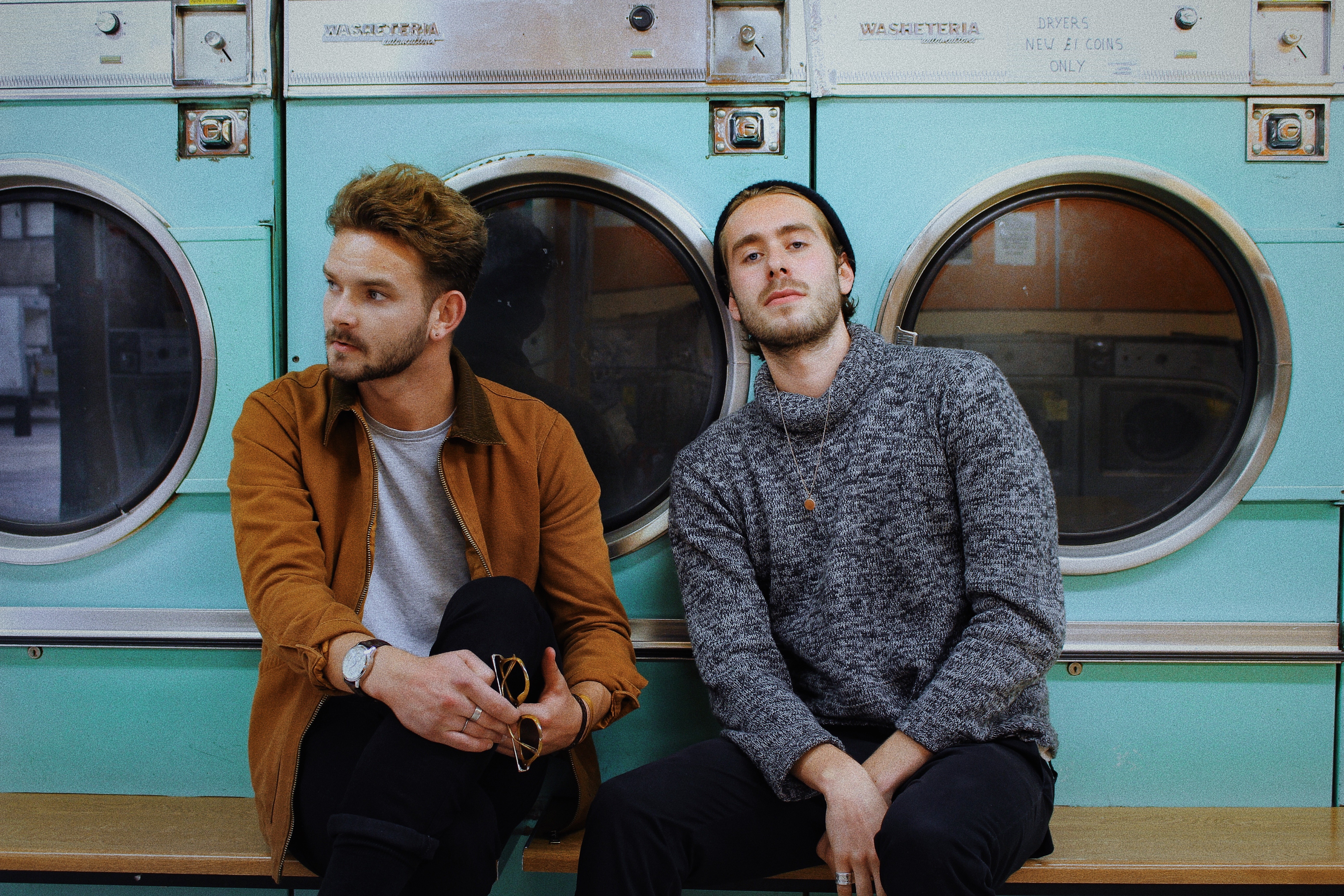 As I fumble my way out of Barbican station, I’m swiftly embraced the entire six foot something limbs of two grinning, dark haired men. Whilst this scenario screams ‘extreme Tinder mess up’, a remarkable dedication dating is not why I’m here.

Nick Blyth, 24 and Chris Cheater, 23, make up the The New Coast – an East London based band pairing hazy vocals with atmospheric electric guitar sounds to create infectious indie pop. With a Canon hung loosely around my neck, we stroll over to the Barbican centre with the intention of shooting some promotion shots in light of their most recent single Home as well as an old fashioned chinwag. Also known as an interview.

We start off in a launderette. Nick beams at the back slung over his shoulder, “I actually have some laundry on me.” Assuming he means outfit changes, I nod. Authenticity. I like it.

Their artist name comes from a bunch of names the lads had at the time of deciding. “We settled on it because it sounded like the music we were already making as a duo. We found there was something quite alluring about there being a New Coast somewhere,” chuckles Nick, envisaging said coast in his head.

I’m wonder whether they ever feel the urge to whack a blue filter on all their photos. Chris clearly feels this is necessary.  “If we don’t apply the filter, we implode instantly,” he explains. 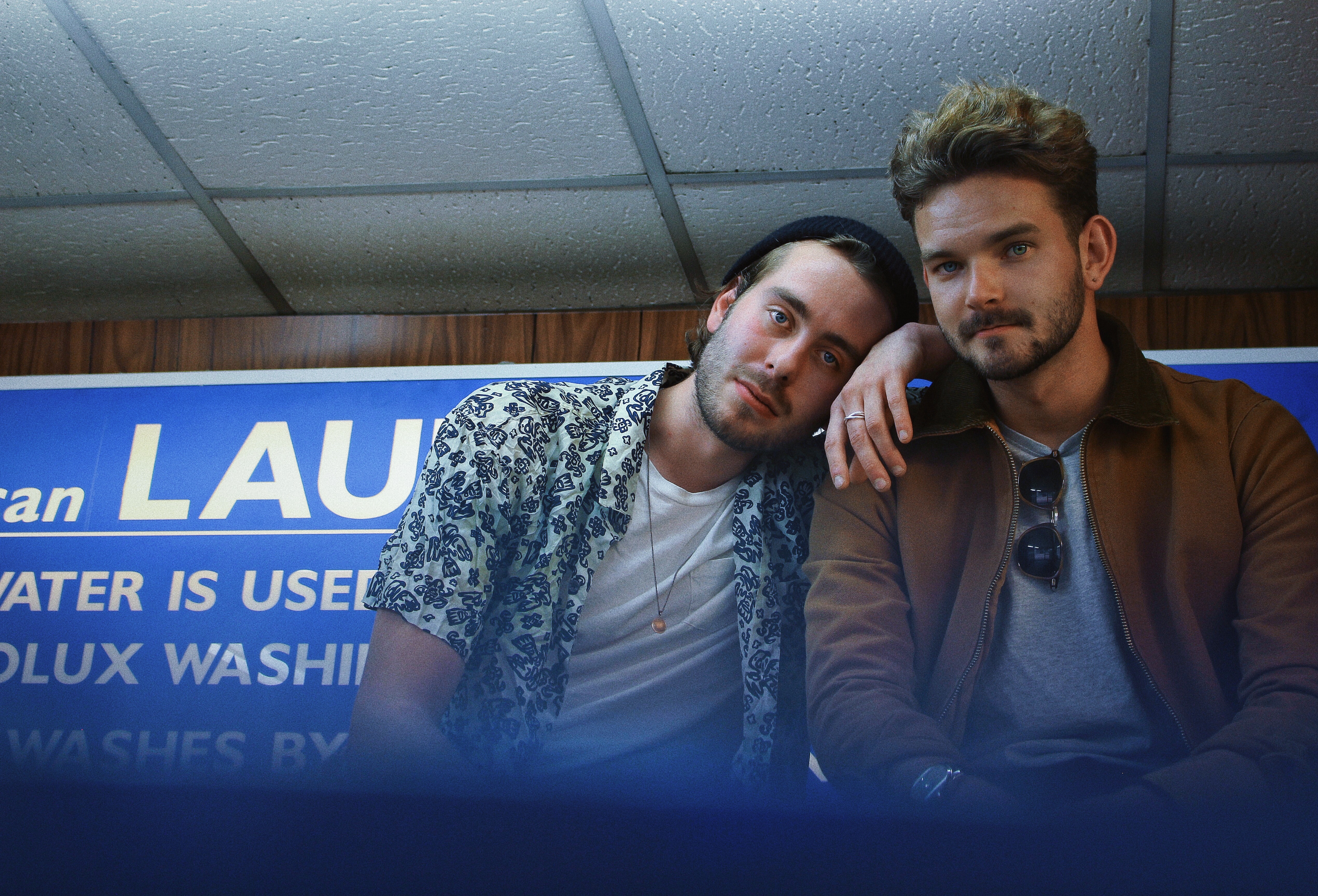 Nick clambers on top of a cupboard, neglecting all potential health and safety knowledge he may possess, and Chris follows. It’s evident there’s a creative chemistry between them aids the music they make; they get on, well.

“I met this specimen at the tender age of 12,” Nick says as he gifts Chris an appreciative gaze. “We were playing in different bands and my cousin, Jake, brought round this guy with a spike hair cut. I immediately liked him.”

We move on from the launderette and on to the Barbican estate itself, soon after Nick empties the entire contents of his bag out onto it’s sandy benches, and harsh glares from residents are thrown.

In regards to their sound and the writing process, Chris notes that it can go from a simple guitar riff, or even a vocal sample. “Most of the time we use my loop pedal to layer riffs, and then Nick adds vocal melodies to it.”

Nick chimes in, “our influences come in the form of music, film and words on a page. Soundtracks are the first thing we bonded heavily over, it became an obsession for a while. I totally agree with the notion that what you listen to can have a huge impact on the way you sound, but I guess we try and steer of that as much as possible, and be daring with the sounds we use. Complete raw and original isn’t feasible, but trying to create something that you feel in the moment is. Getting to play what you’ve written live and feed off of a crowd is beautiful; it’s quite literally one of the best feelings.”

Keen on capturing shots that reflect the heart wrenching, emotive synths in Home, I take them both to a tunnel inside the art centre on site. “We were working closely with Edd Holloway and Dan Bartlett to make something really euphoric. Lyrically, Home stems from feeling out of balance whilst being captivated by someone. I think vulnerability can be uncomfortable, but also addictive. It’s all from experience though,” Nick deciphers. 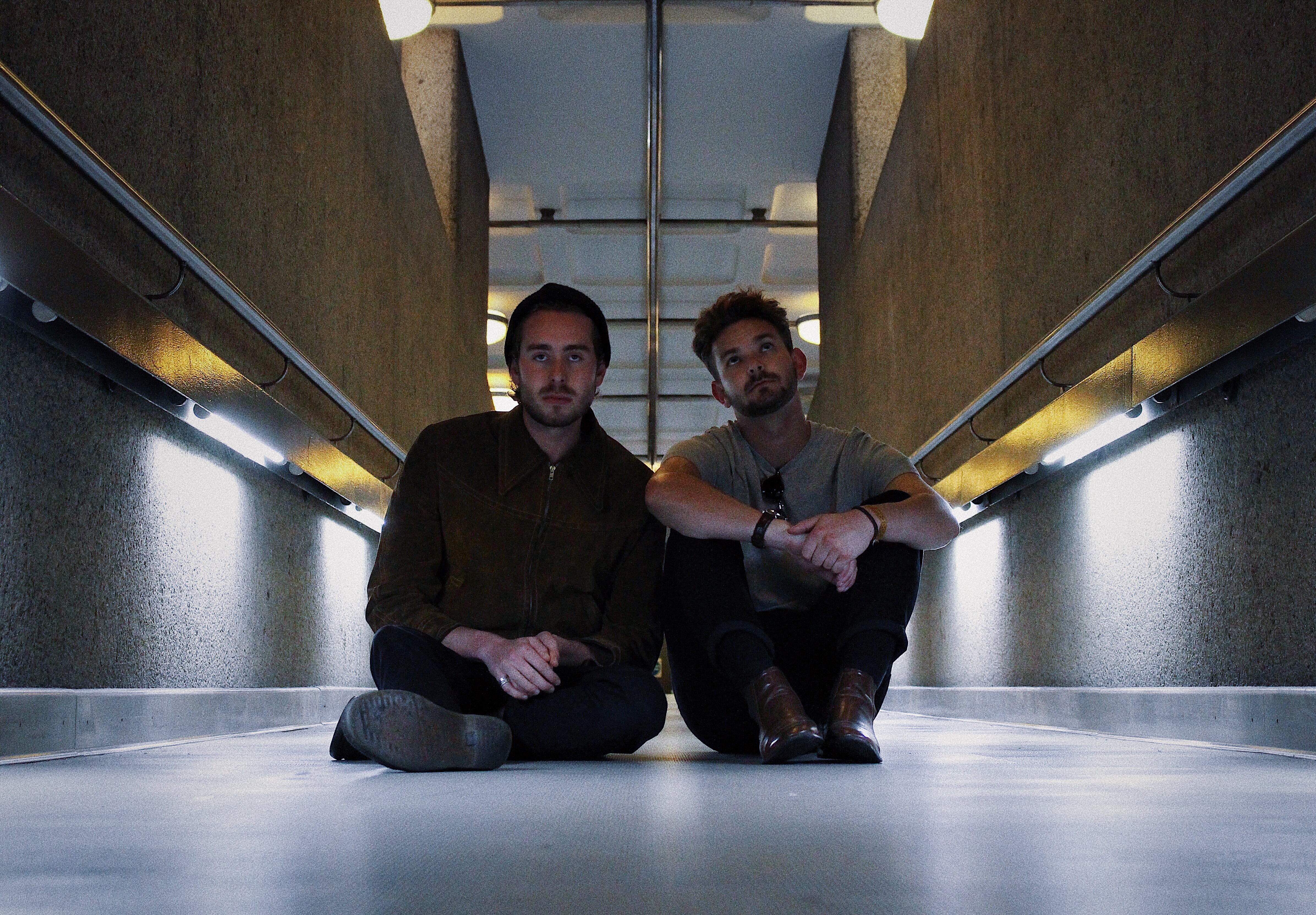 Our last few shots take place in a lift. We come up with idea together – the electric green lights from a lift call to us and we gallop over, fiendishly, a prepare to hold it for a few seconds.

Chris dreams of a rider pilled high with Dominos Pizza. “A disgusting amount!” he rejoices, “and Whitney Houstons greatest hits album X 10, the finest bottles of Rioja, and loads of perfume that has a hint of rose. Easy.”

The band is basically their social life as well as their work but neither have a problem with that. When I ask if they hobbies besides turning out top tunes, Nick mentions swimming, and I can’t help but wonder whether it’s the real – unconscious – story behind their name. 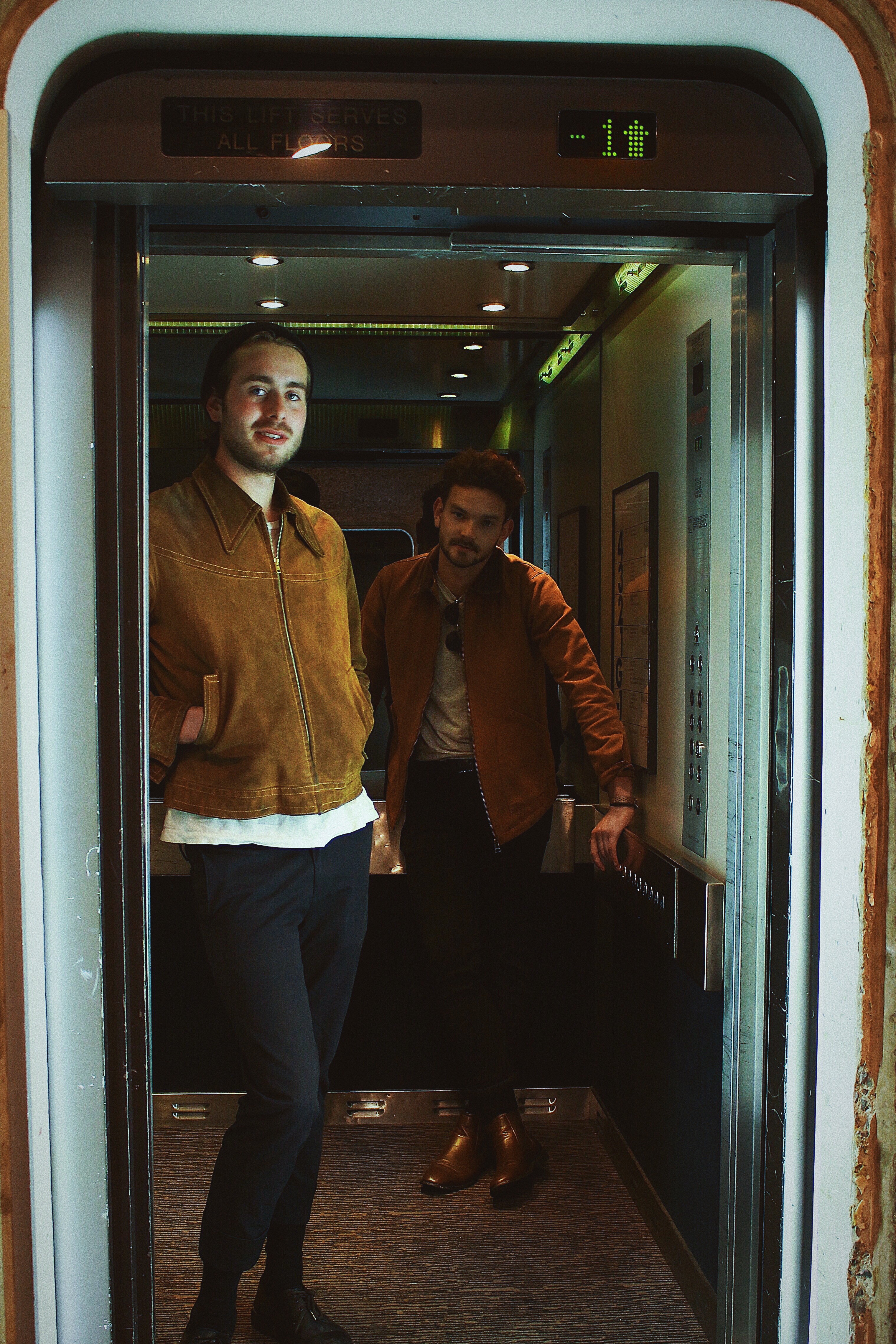 Going Up by Kiera Chapman

Home by The New Coast is out now.

The duo play London Thousand Island on the 30th November.