There is no denying that veganism is on the rise – more than 90% expansion in ‘vegan’ searches, according to Google Trends, and 40% increase in vegan sales.  Great news for the animals and the environment. But do we really care about the ethics? Or, is there something more?

When I turned to plant-based lifestyle almost four years ago (WARNING: a cringy remark to follow), I entered the euphoric galaxy of ultimate enlightenment. Suddenly, the blurry interconnection between nutrition and overall health grew clear.

Like many, I had had a long history of subconscious dieting, cleansing and starvation that always had the same grand finale of bingeing and gaining back double the lost weight. And, like for many, veganism was my last resort.  I too, was well-aware of the dark secrets of the meat and dairy industry, but the fact that my body was far from high-school-graduation-ready was more alarming. 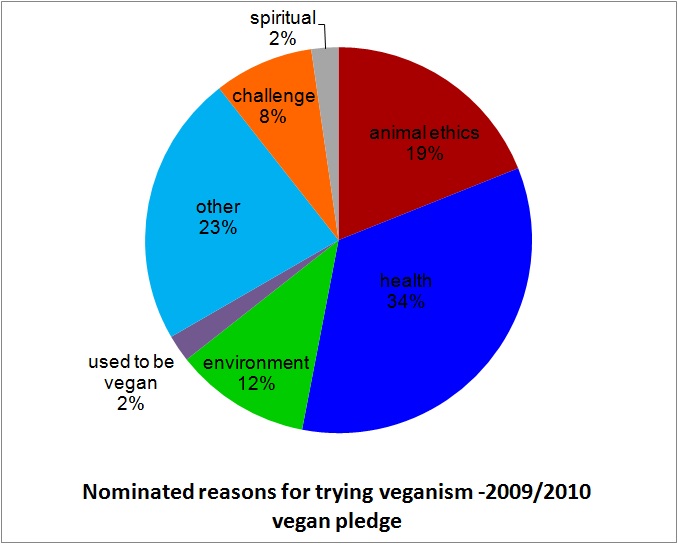 Ironically, the majority of vegans turn to plant-based lifestyle not to help the animals or the environment, but to save their health. Image: theveganoption.org

As any staunch vegan (not just someone who happens to consume more plants and less animal products), I became rigidly cautious of what was on my plate. Shopping trips took longer; for every label and ingredient list had to be carefully studied. I was happy. For I was in control. Again. ʻControl’ is the keyword here.

Besides suffering from the anxiety of body dysmorphia, anorexics, bulimics and bigorexics (those who obsess over being insufficiently muscular) can all be identified with another trait – a neurotic self-discipline over what is being consumed.

For those adopted a plant-based lifestyle, experts believe, there are similar patterns. Veganism is no longer the pure exclusion of animal products it once was. Its popularity is growing, yet sometime between the recent boom of holistic wellness and fetish for clean eating, we lost its essence. It has become a cover-up for a dark secret.

The continuous (and no, it is not funny) remark vegans are bound to hear whenever they go out – ‘’What do you eat? Only lettuce? Ha,ha,ha!’’ – to some degree, has a ground. The thousands of health and wellness accounts on social media platforms do make it seem like a vegan’s daily reality consists of numerous plates of dressing-free salad and lemon-infused water (which it does not, trust me). But are they promoting health and well-being? Are people truly passionate about animals and ethics?

After scrutinizing the vegan scene on Instagram and YouTube, the answer becomes clear. Even the most prominent people in the vegan community share a past of some type of eating disorder. Leanne Ratcliffe, wider recognized as Freelee the Banana Girl, used to suffer from bulimia and binge eating. For her, veganism has helped to lose weight and overcome depression, all allegedly without restricting. Similar success stories are shared by many on social media – Izzy Davis, Hannah Howler, Tori Barry and others. 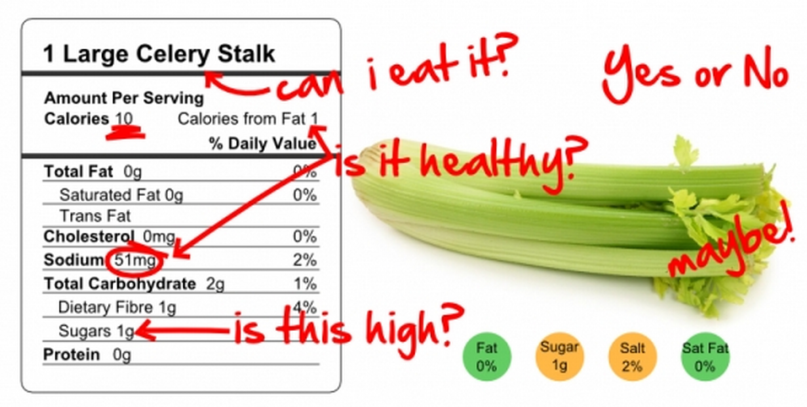 They all tend to claim that their meals are not restrictive, that the food they eat is diverse. Yet, once you start digging in their plates, there seems to be a pattern.

Oil-free, fat-free, sugar-free, salt-free; there always is a ‘-free’ lingering at the end of each meal. Just as someone with an eating disorder, they too, subconsciously like to control what goes in their mouth.

In its essence, veganism, as funny as it might sound, is not restrictive – everything, from fish and chips to a scoop of rich ice cream, can be veganized. But the number of those who eat a standard vegan diet with an occasional dense brownie and a slice, or two, of cheesy pizza is very low. The largest part of vegan community seems to have fallen back into the gloomy and vile hands of eating disorder.

With self-proclaimed diets (high-carb/low-fat, fully raw and others), they like to think that they are promoting health and well-being. They happily and proudly claim that veganism saved them from the grim reality of eating disorder. But it has not.

How do I know?

Because I was one of them. I, too, was once unhealthily obsessed with eating the purest and most nutritious food. I would cut out food groups and lament the lack of discipline if the night before an Oreo cookie had sneaked on my plate. My initial benevolent zeal for health had become my biggest enemy. I was again shaking hands with eating disorder.