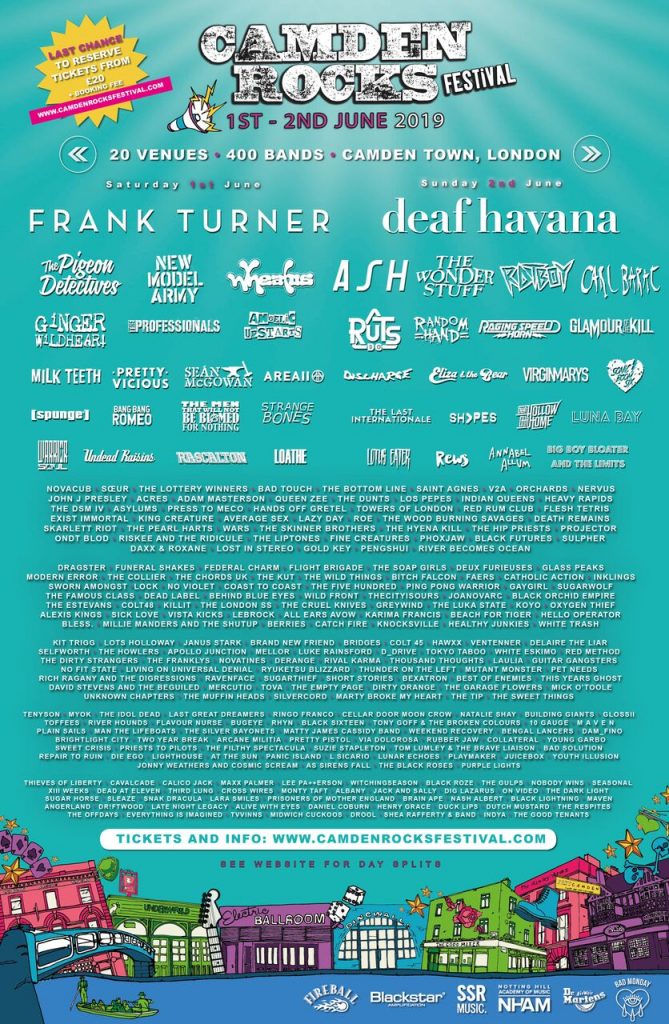 Camden Rock Festival is proud to announce a further sixty bands for the 2019 edition, including The Pigeon Detectives, scheduled to perform on Saturday. Hailing from Yorkshire, the all-English quartet has established itself amongst the country’s best Indie bands. From their platinum selling debut album “Wait For Me” to the deeper and more reflective fifth record “Broken Glances”, The Pigeon Detectives have the catalogue and the experience to deliver a show to be remembered.

Not only does Camden Rocks Festival showcase the very best emerging talent alongside much loved established acts, it also feeds off the thriving music scene that makes Camden such a special place; one that continues to draw generation after generation of misfits, rebels, music lovers and music makers. Anything goes in Camden and on the weekend of Camden Rocks, this is amplified to ten.

Taking place on Saturday 1st and Sunday 2nd June 2019 and now in its eighth year, the festival gives music fans the opportunity to see over 400 bands play across 20 venues all within a stones throw of each other in Camden Town, London.