One of the biggest buzzwords floating around the increasingly popular fad-diet scene is actually just medical nonsense. So why are people buying into it?

Let’s get one thing straight; there’s no such thing as ‘detoxing’. Okay? There is no Cilit Bang procedure that rids you of your Indian takeaway guilt. There is no tea, however much it tastes like mud, that revitalizes your organs. It’s just rubbish. The only true type of detoxing is the medical treatment of people with life threatening drug and alcohol addictions.

Detoxing is an umbrella term for a variety of remedies that claim to rid your body of toxins. Whether it’s colonic irrigation, juicing, or drinking specialty teas, people are sedated into the idea that they can flush their systems of impurities whilst still not having to give up their guilty pleasures. And while its legitimacy seems rooted in its mere physicality on a respectable store shelf as well as being endorsed by celebrities, the fact of the matter remains: it’s a pseudo-medical concept, masqueraded as a lifestyle, in order to lull you into buying scam products. 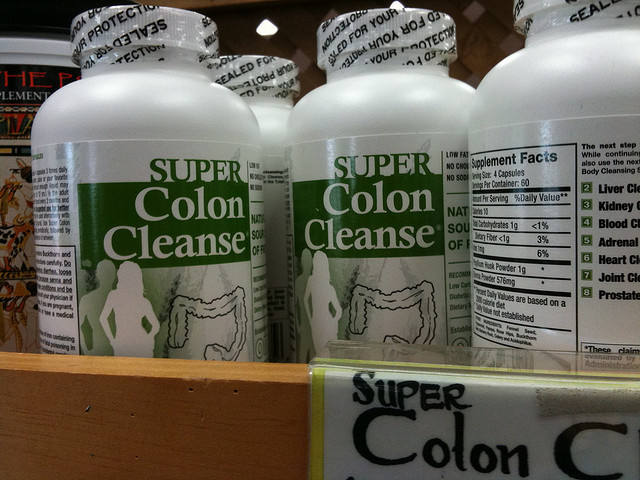 Some products are designed to thoroughly cleanse your colon. This only rids your body of nutrients it hasn’t yet absorbed, while making you dehydrated and damaging the walls of your colon | Source: sciencebasedpharmacy

In 2009, a network of scientists assembled by the UK charity Sense about Science contacted the manufacturers of 15 detoxing products sold in pharmacies and supermarkets. When queried about scientific evidence to back up their claims, not one of them could define what they meant by ‘detoxification’ let alone name what the toxins are specifically.

Believe it or not, your body is well equipped to ‘detox’ on its own. Shocking, I know. That’s the prime function of the liver and kidneys. If toxins built up in your body in a way that couldn’t be cured by its own accord, like these detoxing fads say they substitute for, then we would all be dead within about four days. There are certain vitamins, such as B12 and vitamins A, C and E that help the break down process your liver enacts and if some of these detoxing products have these in them, they may obviously make a difference. But they’re therefore just selling vitamin tablets – something that already exists on the shelf next to you and doesn’t need to sell itself as a worry-free lifestyle tablet. It offers nothing revolutionary and certainly nothing worthy of creating a sub-section of health regimes.

So why does it continue to exist? Mostly because the lies are hidden behind very obvious truths. Take, for example, fruits and vegetables. Many lovers of detoxing highly recommend broccoli, coining it a ‘superfruit’. There’s nothing wrong with eating it of course, but they should know that the reason it’s good for the liver is because, like sprouts and cabbages too, it contains a small amount of cyanide. And with any poison in small doses, it primes the liver to endure other poisons too. What’s another poison? Alcohol. Why do you think government guidelines say “Drink responsibly” instead of “Don’t ever drink?” Catherine Collins, an NHS dietician, says “We know that a little bit of alcohol seems to be helpful, either for its sedative effect or because it keeps the liver equipped with its detoxifying enzymes”. The whole term of ‘superfruits’ is actually a legal matter. Despite everyone seemingly unified in the endless exposure to godforsaken avocados, the NHS released a report on the subject stating “There is no official definition of a superfood and the EU has banned the use of the word on product packaging unless the claim is backed up by convincing research” And guess what? There is currently no packaging in supermarkets that have ‘superfruits’ branded across it. Why?

Because that’s the base of it; there is simply no scientific evidence to support these detoxing statements. It’s the marketing equivalent of selling a car with racing stripes claiming it goes faster. The problem is that it’s very hard to test food for evidence regarding its individual effect for you. I can sit here and use the lack of proof as a means to denounce the detoxifying claims, but followers of the craze would say “well there’s no proof that it DOESN’T help”. Eating your own feces doesn’t particularly have health ramifications but I don’t see that popping up next to the chewable Vitamin C’s on aisle 29 anytime soon. Gwyneth Paltrow may endorse it soon though. 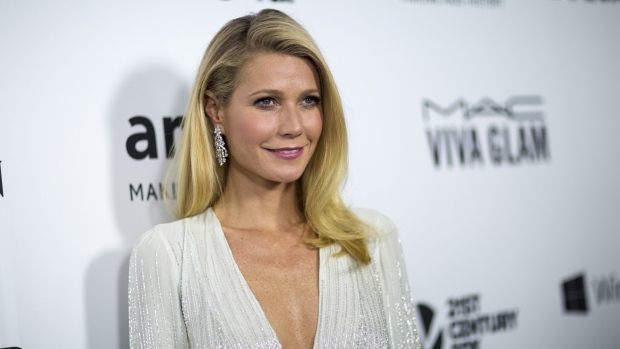 Celebrities such as Oprah Winfrey and Gwyneth Paltrow endorse detoxing products, allowing the scam to bloom into a multi-million pound industry because consumers want their lifestyle | Source: CBC

The thing that shocks me the most though is how much this whole concept proves that the public are cattle. They are spoon fed ideas that they have no scientific ability of understanding comprehensively. “Sure, beetroot makes you live longer, I saw it in Elle magazine”. Well, no. “Kylie Jenner said green tea prevents prostate cancer”. Try again.

As long as the claims fit a pattern that’s replicated throughout celebrity lifestyles that they recognize, as well as being thrown medical jargon at them (even if loosely translated it means “give me your money, you gullible idiot”) then people are quite content in buying into it. Just stick to a balanced diet, 5 portions of fruits and vegetables a day, low fat dairy products, lean meat and fish, wholegrain cereals etc. You can’t fool your body into having the best of both worlds. Sorry.