Morgan Lee – my prospective boss –lurches across the desk and grabs whatever’s lurking below. I look down nervously, but virtual reality comes to the rescue: stood to attention is a meaty behemoth, ready for action.

Whilst the Oculus Rift remains mystical and futuristic, amateur virtual reality is going global. Most of us are familiar with Facebook’s 360-degree videos, and have enjoyed the horror of ‘looking around’ a Trump rally.

The feature is designed predominantly for cardboard headsets – the kind that can be found online at a next-to-nothing price. Using them is simple: technophiles simply slide their phones into a pair of papery goggles, experiencing a basic virtual reality. 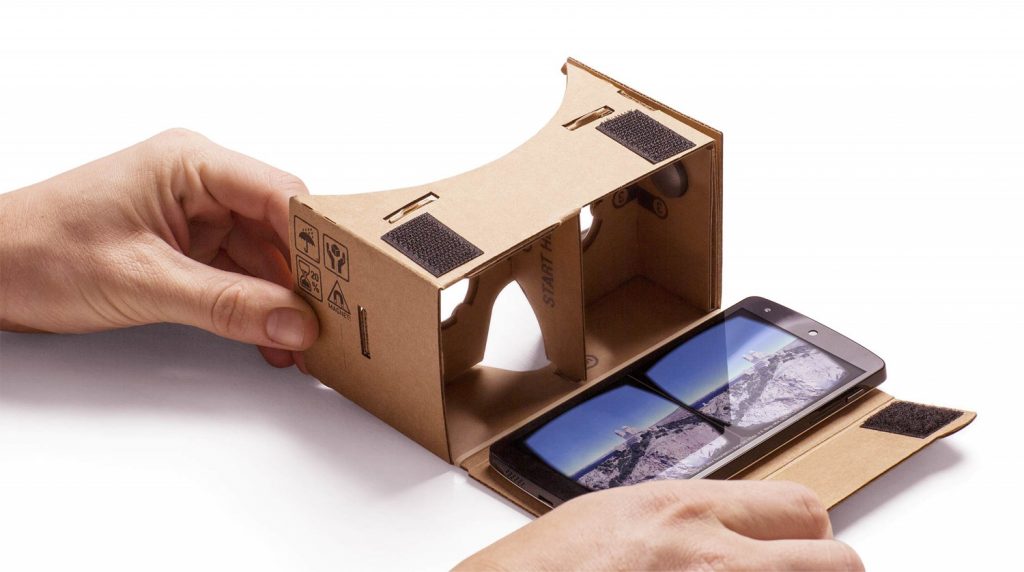 “When our 2016 Year in Review is released in early January, we expect to see that the biggest growth trend of 2016 was toward Virtual Reality content. As more producers adopt interactive and immersive content, we expect that growth to continue.”

For those who are wondering, the website does have a couple of free preview videos. In the spirit of good journalism, Voice of London pulled on our headsets and gave a go.