The murder rate has gone up by 14% in England and Wales hitting the highest point for a decade, official figure shows.

The government figure shows there were 719 murder in the year to June, with comparison of 630 cases in the previous year excluding terror attacks in London and Manchester, according the Office National Statistics. It is the fourth year in a row that the homicide rate increased in England and Wales. 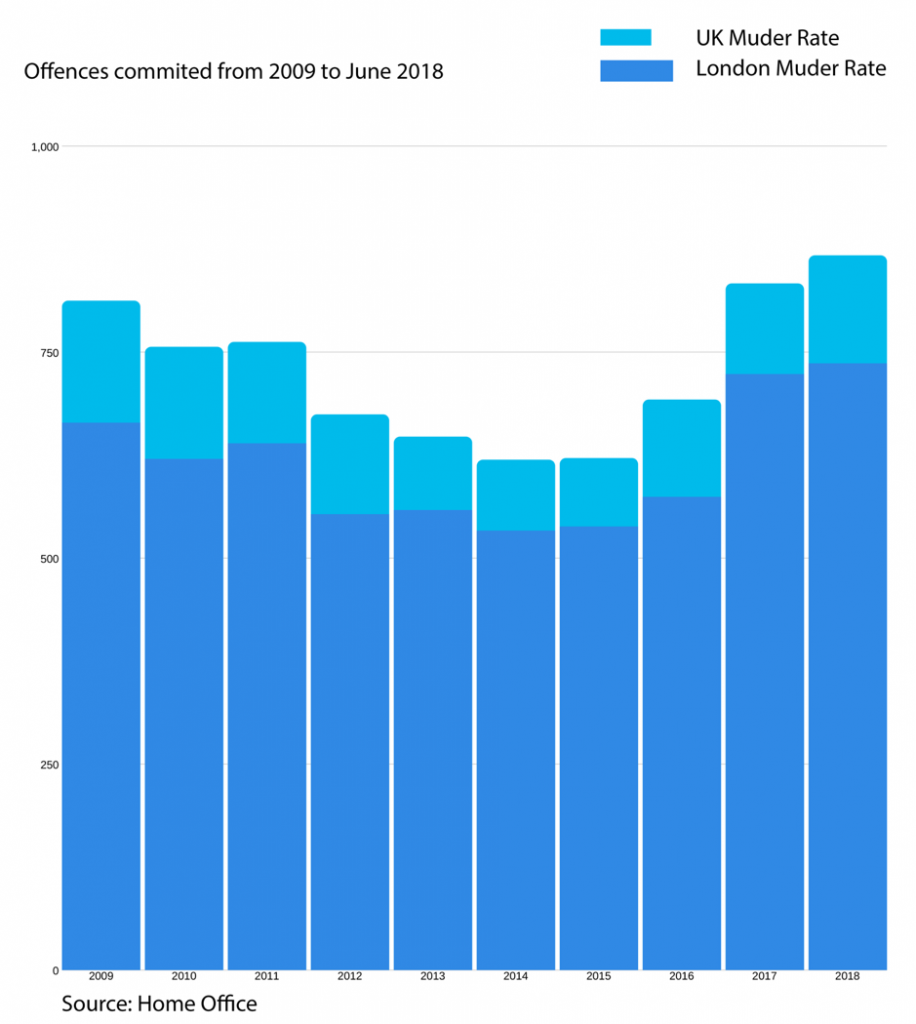 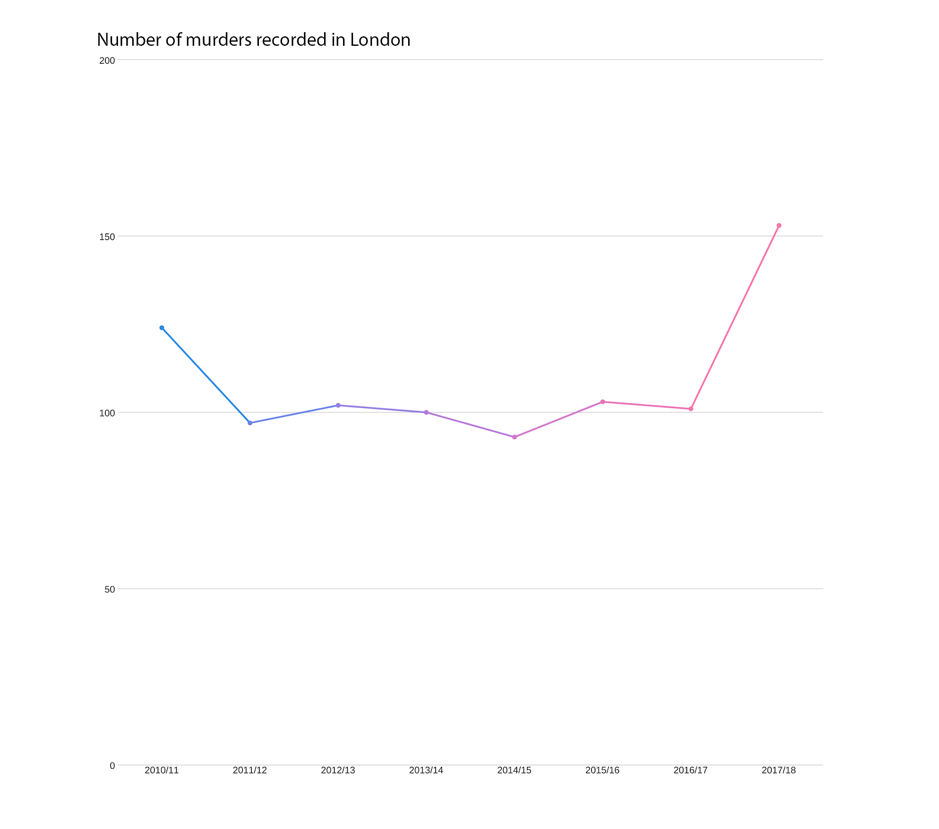 London mayor Sadiq Khan promised a “significant increase” in promoting a safer London to reduce the level of murders in London earlier this April, however Londoner still furious for the high murder rate.