In an attempt to test the cleanliness of London tap water, I take pH test droplets to four parts of London (North, South, East, and West). Voice of London reports …

After overhearing a fellow student complain that the water below the river is “less murky” than the water in her northwest London home, I was inspired to ask: is the quality of water cleaner in certain areas of London?

Turns out, it is not very difficult to test it for yourself. Once my test droplets came in the mail (ordered online) I hit the streets.

Before watching the video, here is a pH scale to help decipher the results: To help me better understand what these results mean, I turn to Brenda McHardy a course leader and senior lecturer in the department of life sciences at the University of Westminster:

Firstly, I used PH test droplets for this test. Can you tell me how accurate those usually are?

The most accurate way to test pH is using a pH meter either in a lab or using a portable pH meter. The droplets although not as accurate as using a meter are probably more accurate than using pH papers which are also commonly used to do quick spot testing of water. I think they would be accurated to the nearest 0.5 units.

I found that tap water in the few areas across London I tested were consistently a bit more on the alkaline side (about 8-8.5), can you tell me what that means exactly?

pHs of 8.0 – 8.5 are perfectly normal levels for tap water.The pH value of water is a measure of acidity or alkalinity. From a regulatory viewpoint anything between pH 6.5 – 9.5  would be considered safe.The pH of tap water reflects the pH of the raw water source used for treatment and this will most likely to be from the river Thames in the case of London. In fact tap waters should preferably be slightly alkaline to protect metallic fittings and pipework from corrosion.

If the water had leaned toward the basic side of the scale, what danger would that pose?

Soft acidic (<7) waters can cause corrosion of pipework and the dissolution of metals such as copper, zinc and lead.In certain parts of the country where drinking water is naturally more acidic there might be problems where there are lead pipes in old properties (lead pipes are no longer allowed in houses).This plumbosolvency can lead to high levels of lead in drinking water. In the past this was especially a problem in parts of Scotland like Glasgow for example. The EU legislation regarding lead in drinking water has been lowered substantially over the years to protect health and this is one of the parameters where the UK repeatedly failed to comply with the regulations as well as nitrate and pesticides. Great improvements have now been made with Advanced Water treatment. 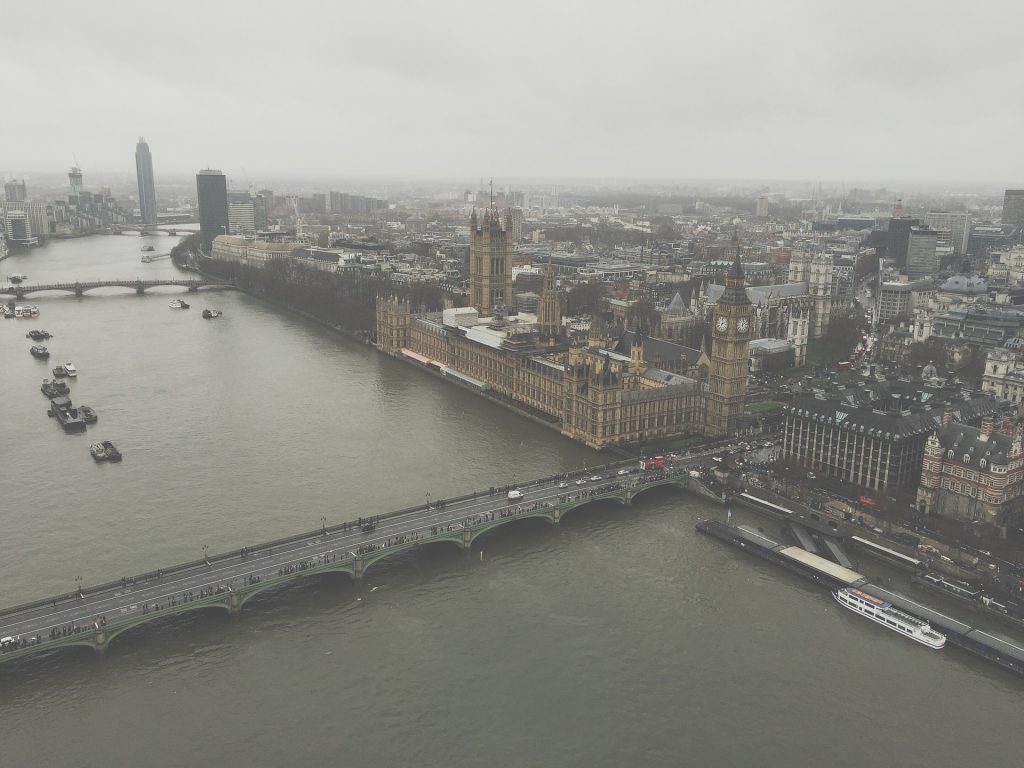 Is it possible for the water quality in different areas of London to vary?

It could vary but only in rare instances will there be a breech in the standards required.The Drinking Water Inspectorate are responsible for checking drinking water quality. Thames Water the main water company in London has to meet stringent legal standards on water quality specified in the EU Drinking water Directive and the UK Water Quality Regulations.Standards cover colour, clarity, odour and taste, physico-chemical properties, substances undesirable in excessive amounts, toxic substances, micro-organisms, minimum degree of hardness. Any problems are likely to be as a result of what happens in the Water mains (after treatment).Old linings in pipework might break down. Iron can accumulate in pipes along with other harmless particles and spoil the appearance of the water (not a health hazard though).Poor plumbing design and installation can lead to warming of drinking water and stagnation which can allow bacteria or algae to grow and impair the taste.

I was inspired to do this piece by the difference in “murkiness” of tap water in certain areas, can you tell me what causes this?

When you say murkiness I assume you mean cloudiness? We call this turbidity.This is due to fine particles suspended in the water, causing cloudiness. Turbidity can sometimes arise following burst mains.Sometimes minute air bubbles give the supply a milky appearance but on standing for a few minutes these will clear from the bottom of the glass upwards.Turbidity is another measure made on drinking water. Perhaps murkiness is caused by iron in the water. It is worth saying that ‘murky water’ doesn’t mean it’s not fit to drink. Aesthetically though it is not nice.

I also had the chance to speak with a Thames Water spokesman who told me that: “Our water quality remains among the highest in the world and we perform 475,000 tests a year on water samples to verify this.

He also directed me to a page with more information on the quality tap water here in London.

Although my results are less than shocking, I can sleep a bit easier at night knowing that Thames Water is doing their job to the utmost degree. So, jump on in because the water is fine.