After Croatia’s dramatic last-minute winner against Spain, England’s hopes of winning the group have been kept alive.

But the result also means that even a draw could see Gareth Southgate’s men relegated in a winner takes all match at Wembley on Sunday afternoon.

A win for England will see them continue their good form after their summer exploits, and will progress them into the semi-finals of the Nations League next summer.

Losing though will see them relegated to League B, where Wales and the Republic of Ireland currently play, and Croatia, who knocked England out in Russia, will progress.

Although this will not be a disaster it will certainly be a slight dent to the feel good factor around a youthful squad.

The other permutations come if the game ends in a draw. If it remains goalless then England will finish second on goal difference, whilst a score draw will see Croatia finish second by having a better away goals record over England – Spain in both cases will finish top.

If you’re still confused below you can see how each result affects the final standings: 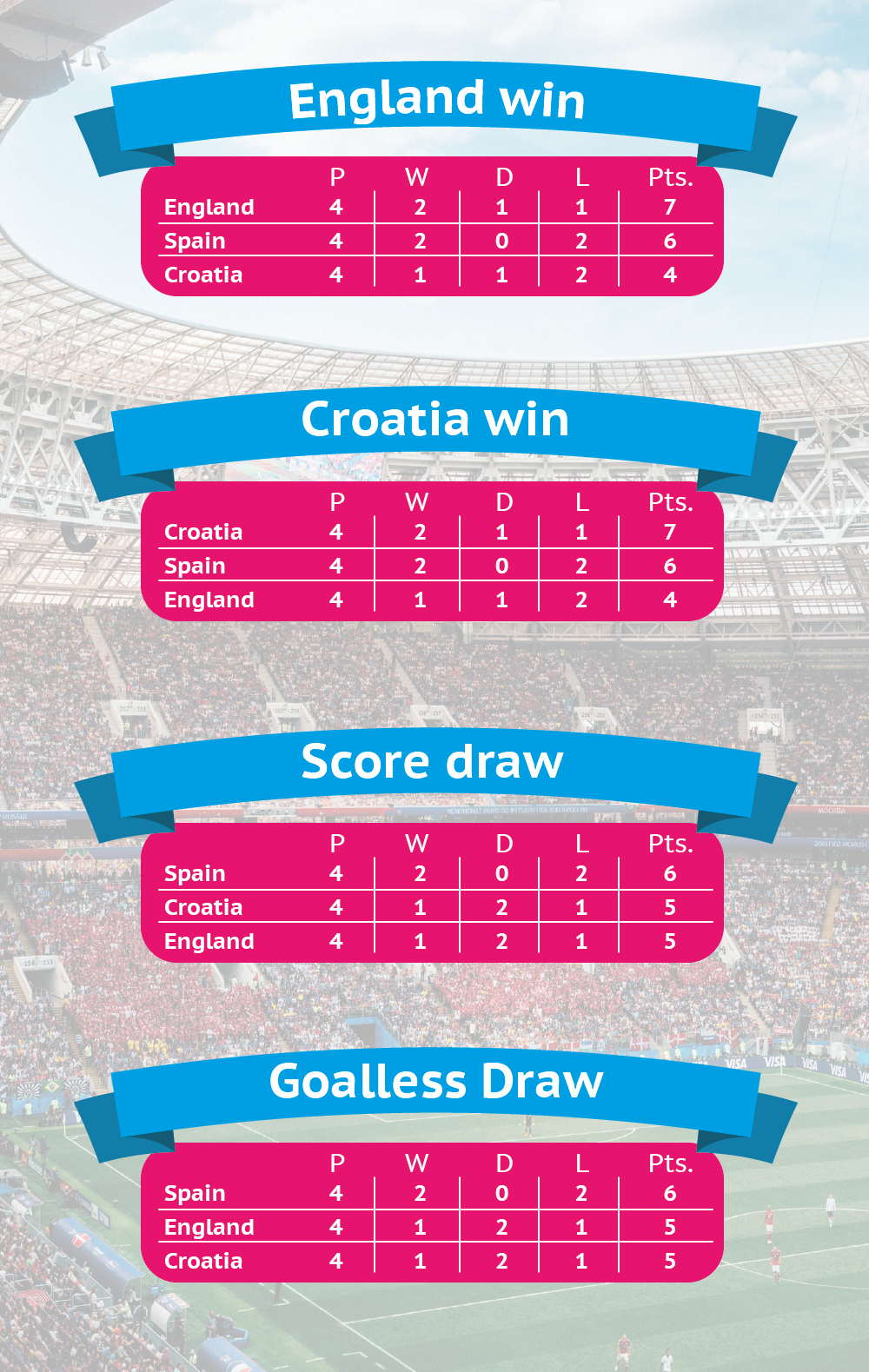