The Declaration is a warning to the government against its failure to protect UK citizens from progressing climate change crisis. It is to be followed by protests starting Monday 12th November and leading to direct action on Parliament Square on Saturday 17th November in a national Rebellion Day.

Finn Harries, one of the activists who delivered the Declaration to No. 10, shared on social media: “We have no choice but to resort to civil disobedience in an attempt to protect our future.”

The radical UK-based environmental group states in the Declaration: “When Government and the law fail to provide any assurance of adequate protection, as well as security for its people’s well-being and the nation’s future, it becomes the right of its citizens to seek redress in order to restore dutiful democracy and to secure the solutions needed to avert catastrophe and protect the future. It becomes not only our right, it becomes our sacred duty to rebel.”

This morning Theresa May got a visit from Jack and Finn Harries, of JacksGap fame, which has more than 4 million subscribers on YouTube – to 10 Downing Street to deliver a ‘Declaration of Rebellion’ on behalf of #ExtinctionRebellion.https://t.co/UOSLSXn4Q8

The first stage of their campaign of civil disobedience started on Wednesday 31 October and it saw 15 environmental protesters getting arrested. It represented the start of a series of events, including today’s, that will bring key parts of London to a standstill throughout November to draw attention to the “Ecological crisis caused by climate change, pollution and habitat destruction”.

Extinction Rebellion believe climate change is a threat so urgent, it requires people to risk everything to increase awareness and put pressure on policymakers to act on it. With seven in ten people in Britain concerned about climate change according to the National Centre for Social Research, they believe they have a “moral duty to rebel, whatever our politics”. 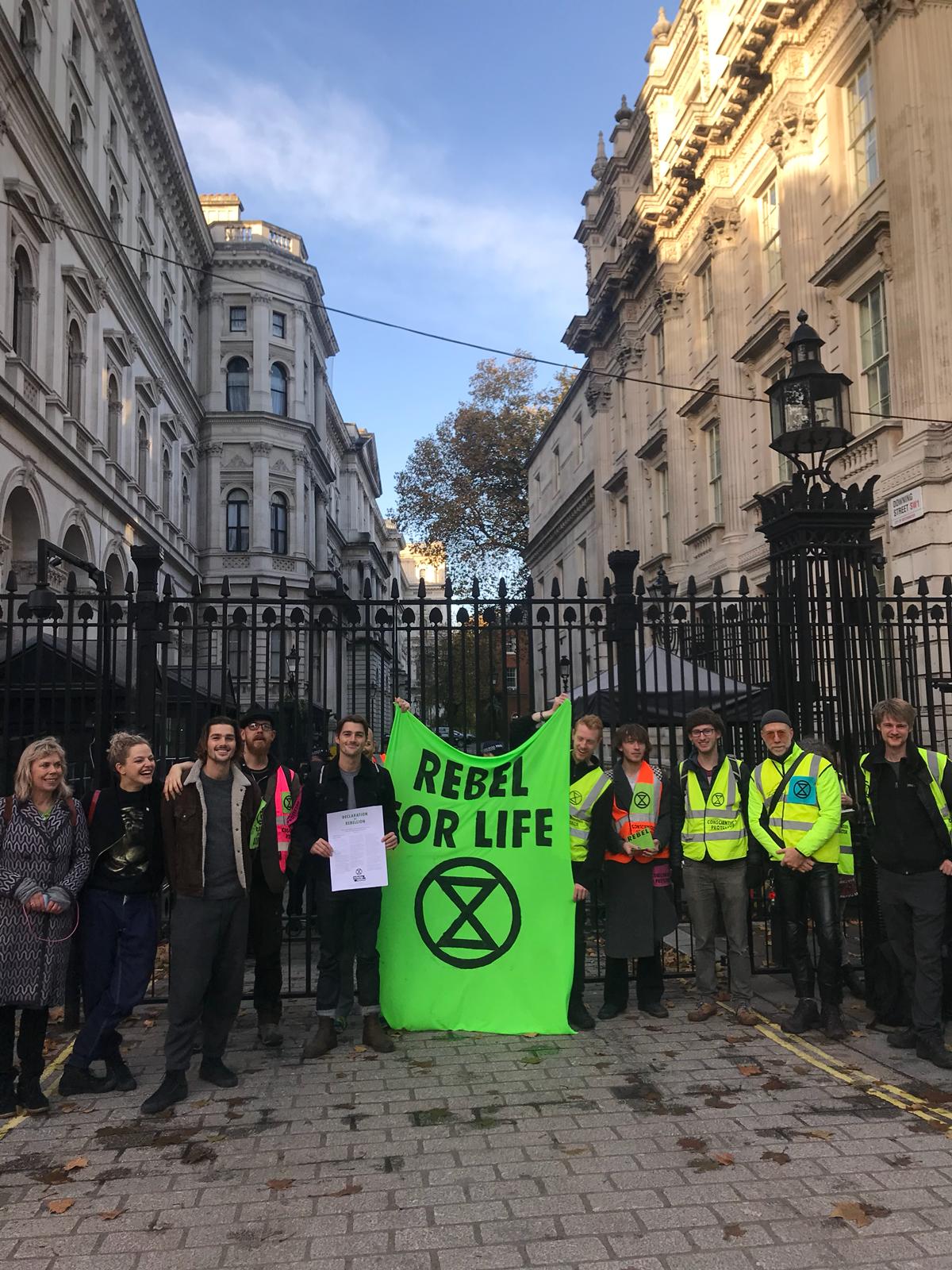 The move follows several reports calling on urgent action to stop climate change. The WWF warned of plummeting numbers of wildlife, which has decreased by 60 per cent globally between 1970 and 2014.

The statement came after the UN warned of a climate change catastrophe in a report published by the Intergovernmental Panel on Climate Change (IPCC). It gives humanity 12 years to act and stop the Earth warming beyond 1.5°C, which presents a serious danger, both to humans and wildlife.

In the most recent major assessment by the IPCC, they have reported the world’s oceans have absorbed over 90 per cent of the excess heat trapped by greenhouse gases, 60 per cent more than estimated. The results mean the Earth is more reactive to fossil fuel emissions than previously thought and suggests they must be reduced by 25 per cent more than previously approximated. Researchers involved in the study told the BBC these new findings will make it harder to keep the targets set by governments in the Paris Agreement. 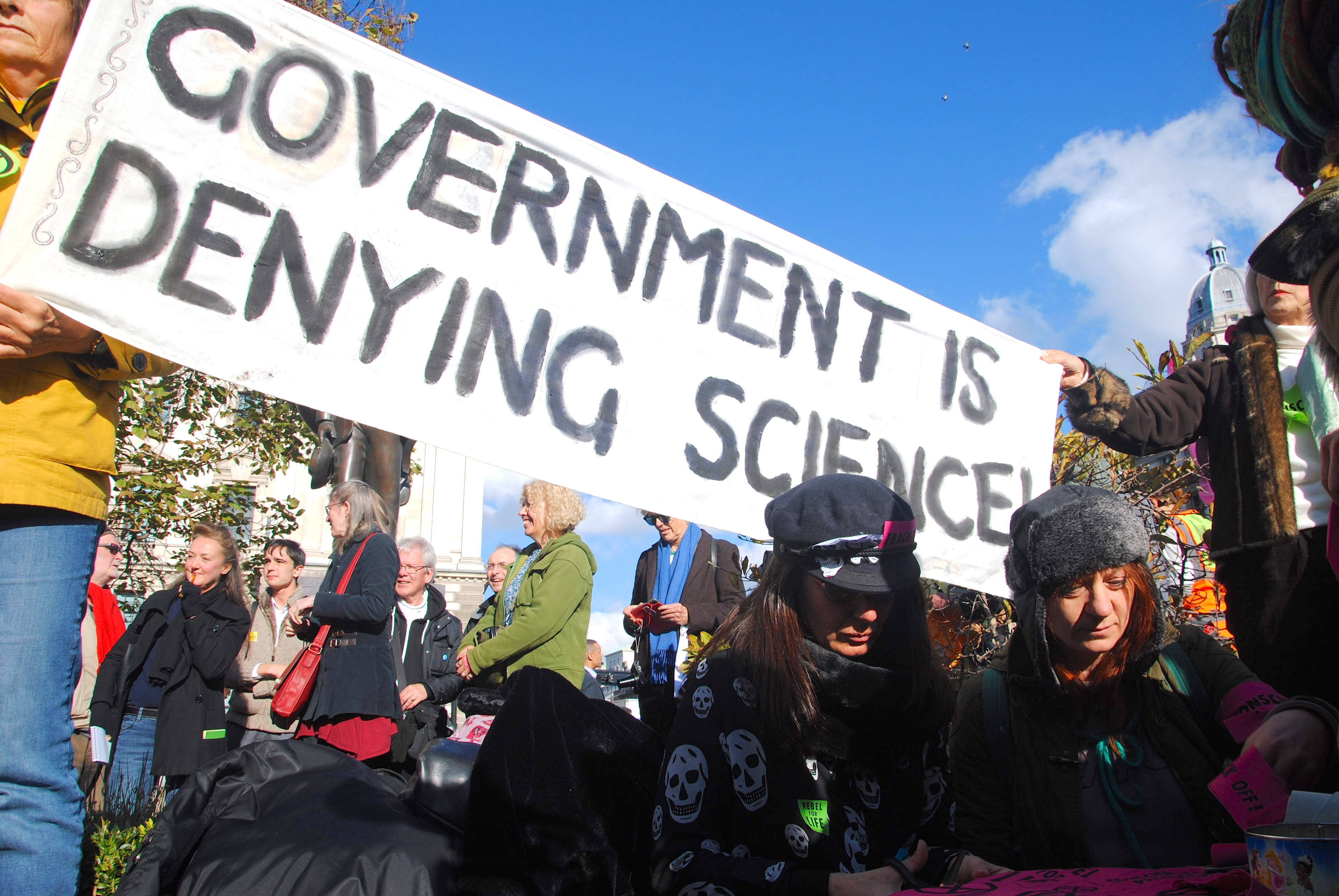 In April this year, the British government announced that the Committee in Climate Change would review the possibility of reducing emissions to net-zero by 2050 after the UN report was released in October, but recent results call for a more urgent action.

“We need to accelerate action, which is why we’ve asked our independent climate experts for advice on a net zero emissions target,” said a Department of Business, Energy and Industrial Strategy in a statement to the Voice of London. They asked the Committee on Climate Change for advice on their long-term targets, including setting a net-zero target.