A David Bowie pop- up shop has opened in London but is it worth the visit?

Why do we celebrate so often the birthdays of singers and the anniversaries of albums?

In the Critique of Hegel’s Philosophy of Right it is stated that:

“The bureaucrat has the world as a mere object of his action.”

So, do the organisations behind artists create those celebrations for mere profit or are those ways to spread and conserve the legacy of those very same artists?

Is this trade or exhibition?

In London, you can visit Abbey Road, explore David Bowie’s home neighbourhood, marvel at Freddie Mercury’s residence at 1 Logan Place, you can either do The Beatles London Walking Tour and the David Bowie Musical Walking Tour, take a stroll down Berwick Street where they shot album cover for Oasis “(What’s the Story) Morning Glory?” and much, much more.

Now even a David Bowie pop-up shop has opened at 14 Heddon Street, not too far from Piccadilly Circus and a couple of doors away from where Bowie posed for the album cover of “The Rise And Fall Of Ziggy Stardust And The Spiders From Mars.”

“The Rise And Fall Of Ziggy Stardust And The Spiders From Mars.” is probably in the top three albums I love the most.

So I got on the tube and went there to see what was going on inside the shop and to ask visitors for their thoughts.

Inside the merch is overwhelming and – most important – all is on sale for an exorbitant price. 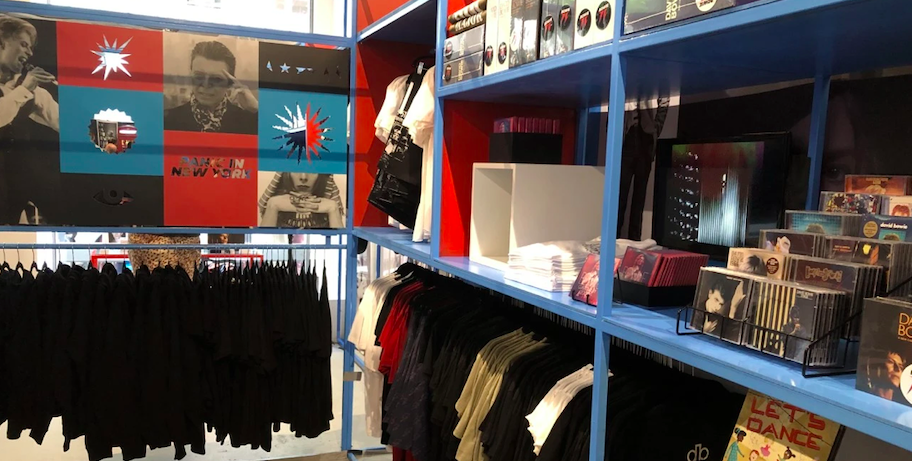 A photograph I took at the David Bowie Pop Up shop

T-shirts, vinyls, CDs, posters, stickers, hoodies and whatever has Bowie’s brand on.

What I quickly realised inside is that although David Bowie died in 2016, the industry behind him still lives and remains very much healthy and that the merchandise is the real star there. 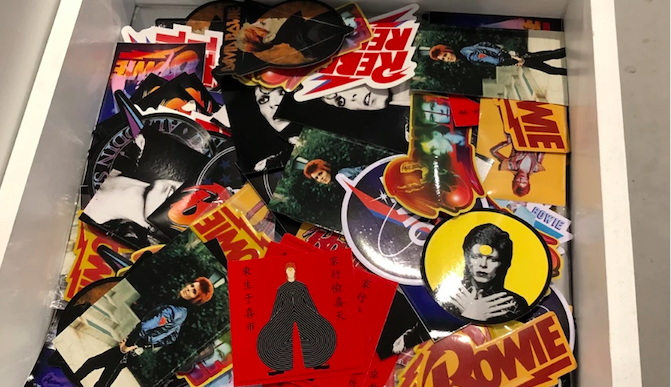 Another photograph I took at the David Bowie Pop Up shop

Therefore I wondered why we, the customers, keep falling into these kinds of traps: Abbey Road, for example, which is just an empty street with few cars around and an immense Beatles shop in the corner.

Why can’t we be happy with the music we already bought?

“The shop is okay, I guess, but let’s be honest I’m just here because I love Bowie. I can’t miss this.”

“I’m a bit disappointed. I had to wait for more than an hour and there’s not much inside.”

“I have come all the way from Bordeaux to visit the store. It wasn’t really worth it.”

Maybe we love too much.

This is a temporary shop, and indeed in January the store will be closed forever.

My question is: will we really miss it?

In another episode of "Well, that's a surprise.", the David Bowie popup store is another expensive shop. £42.99 for a vinyl LP! pic.twitter.com/bh8Eg0fdtq